the neighborhood
In the heart of the cultural distric of paris

With its ideal location, in the heart of the Left Bank in the Saint-Germain-des-Prés district, Hotel de l'Abbaye is just a few steps away from the most beautiful monuments of the capital. This historic Parisian neighborhood invites you to stroll along the banks of the Seine, stop in front of the bookstores, visit the Musée d'Orsay, venture to the Bon Marché, sit on the terrace of the Café de Flore (once frequented by the greatest writers, Ernest Hemingway among others) or admire the beautiful church on Place Saint-Sulpice. 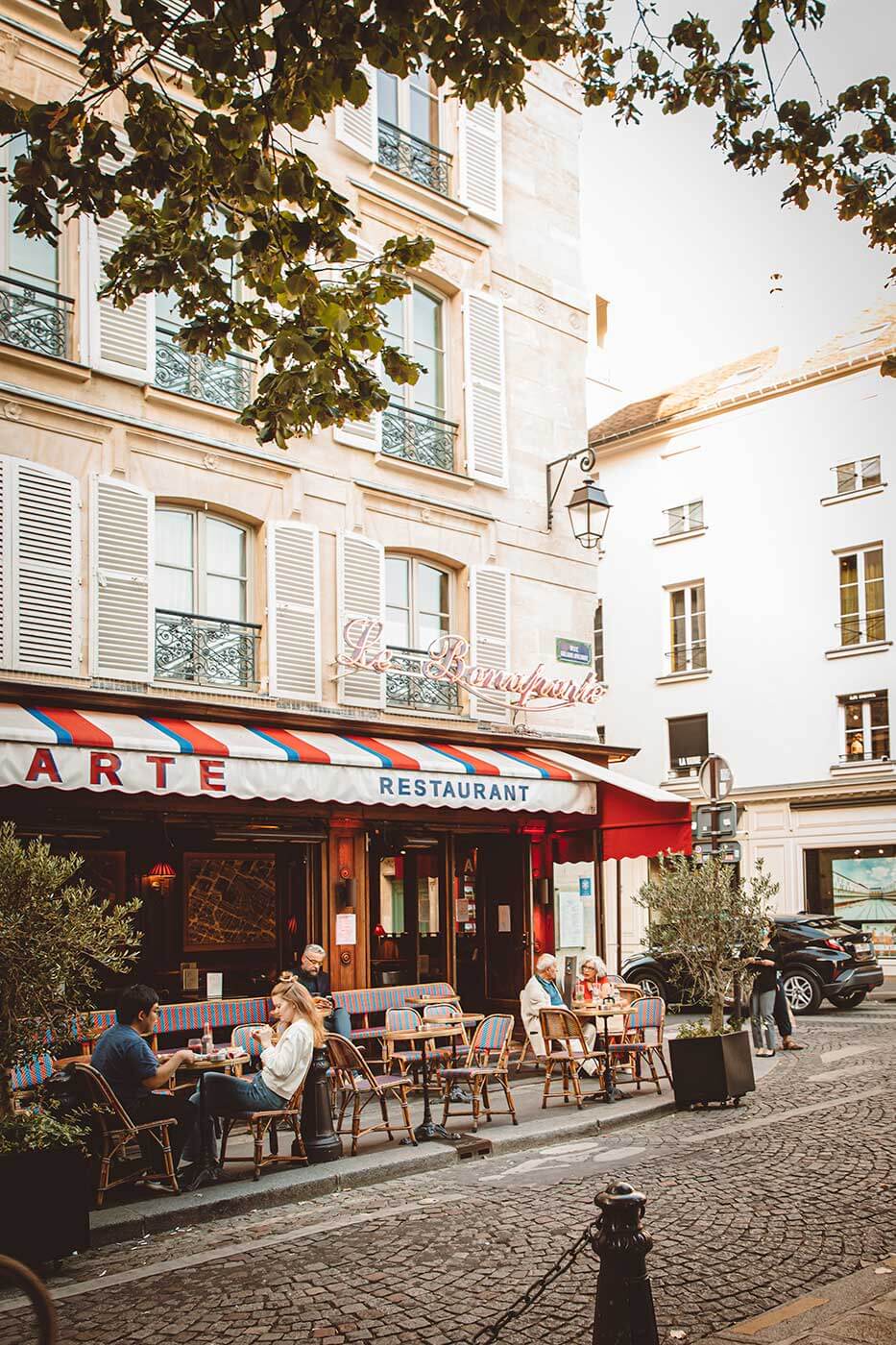 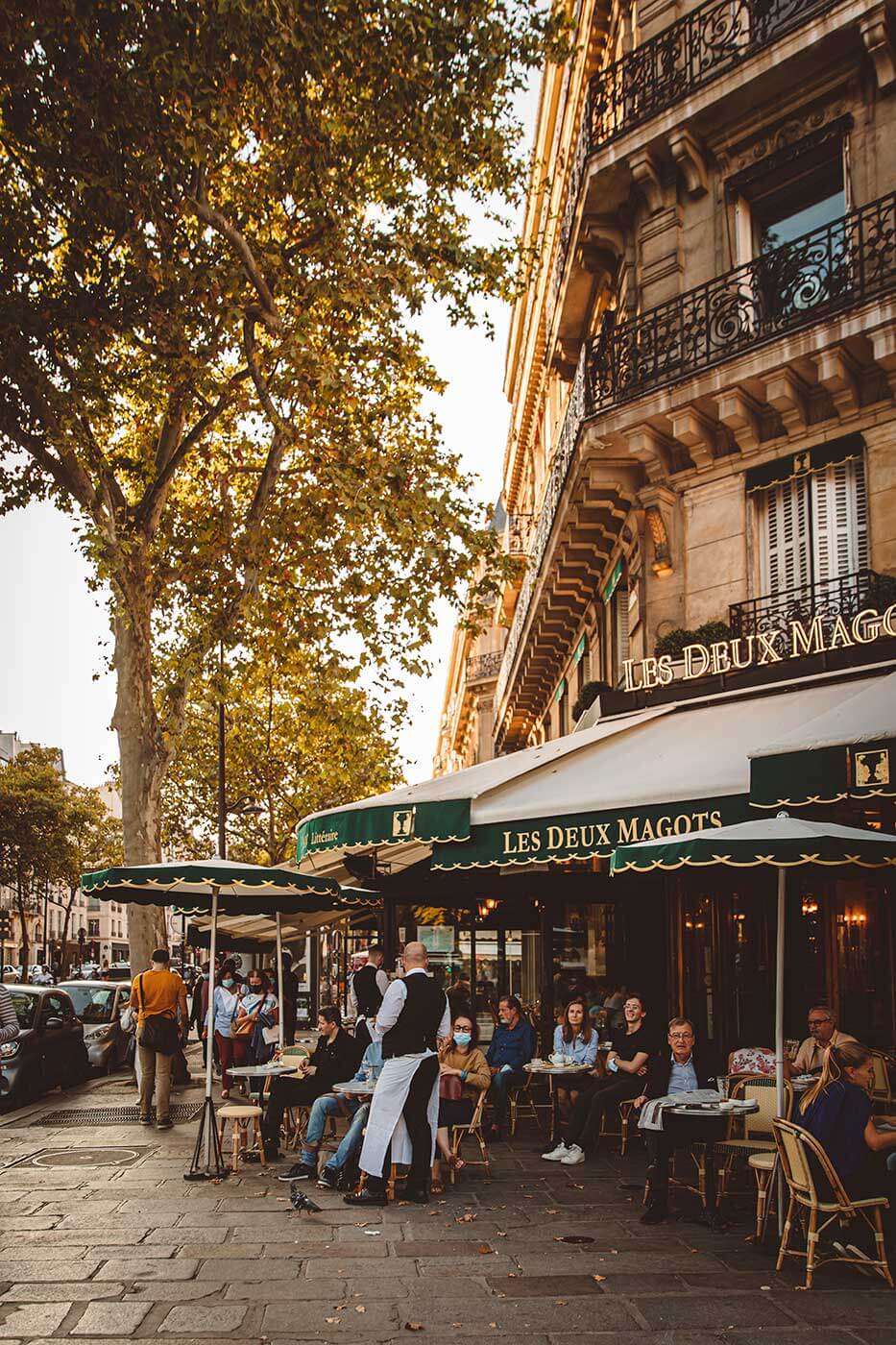 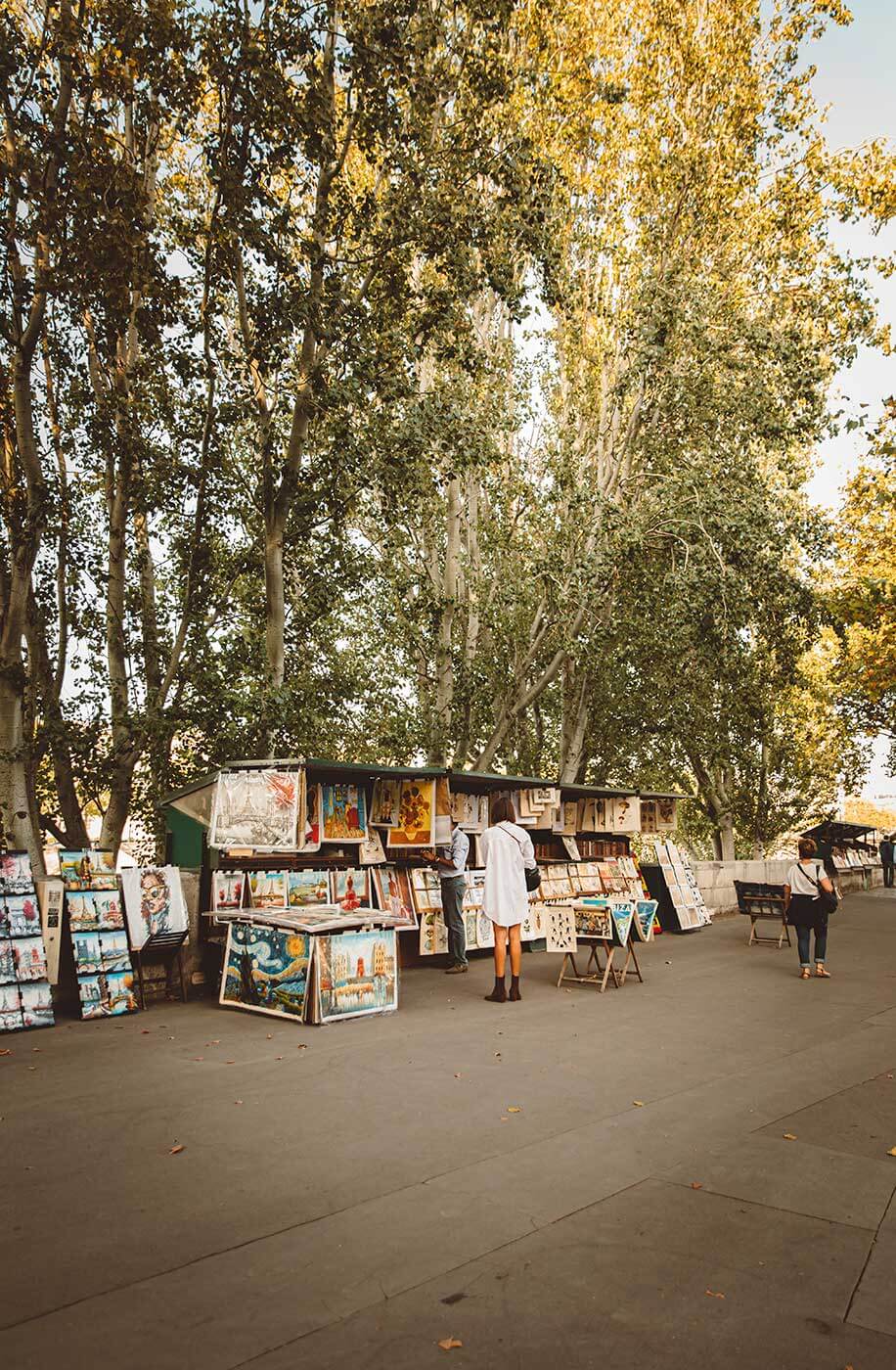 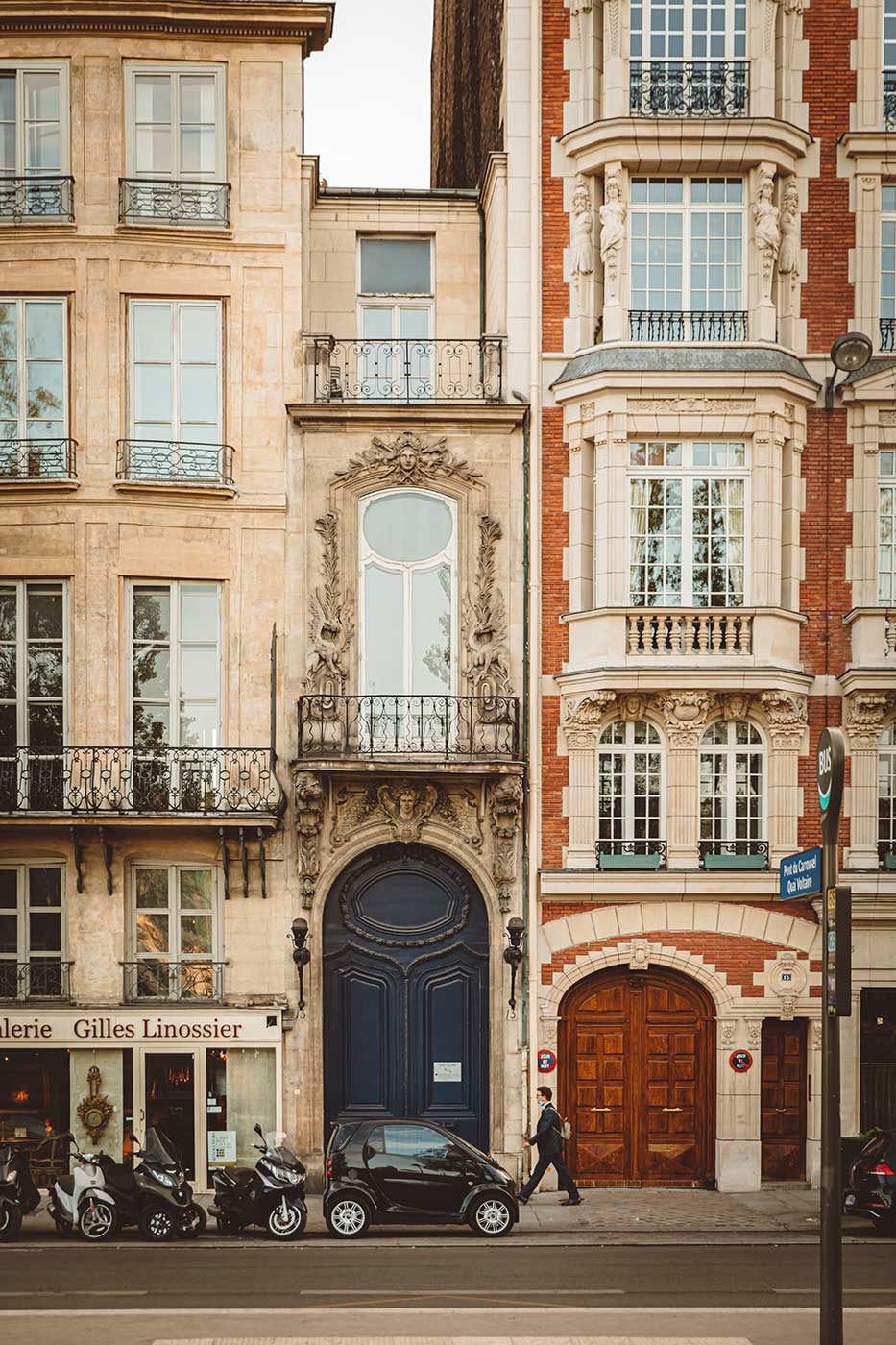 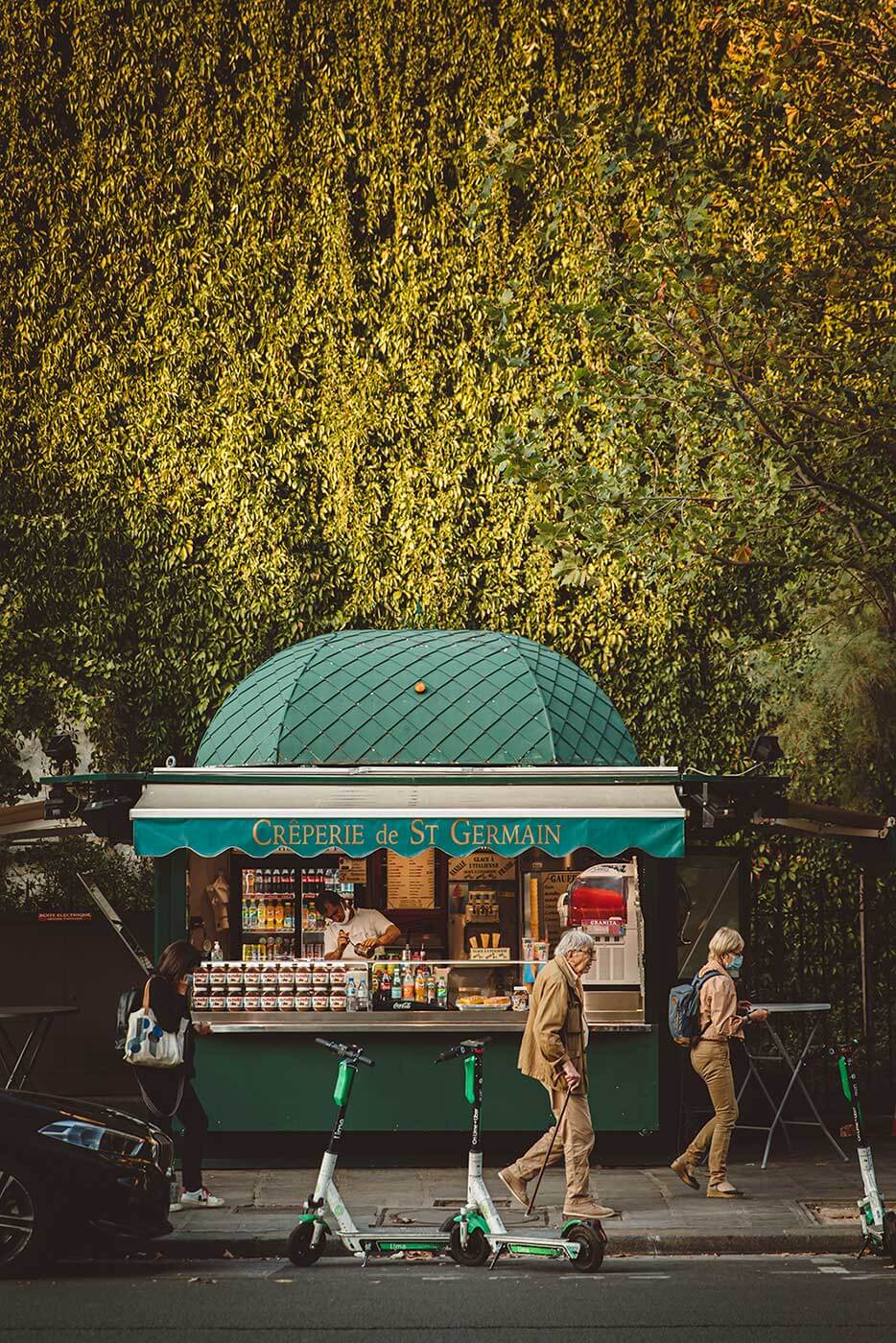 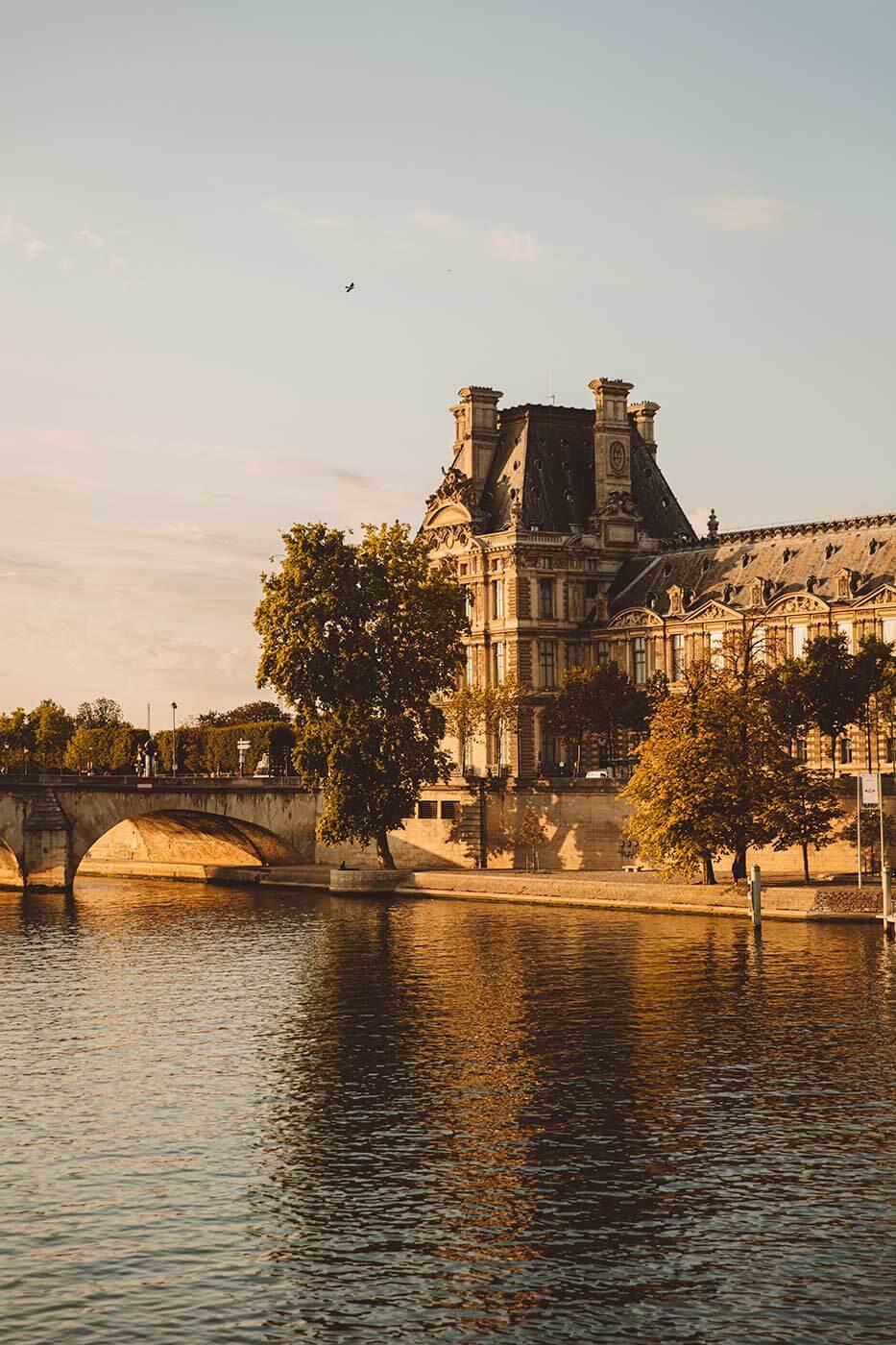 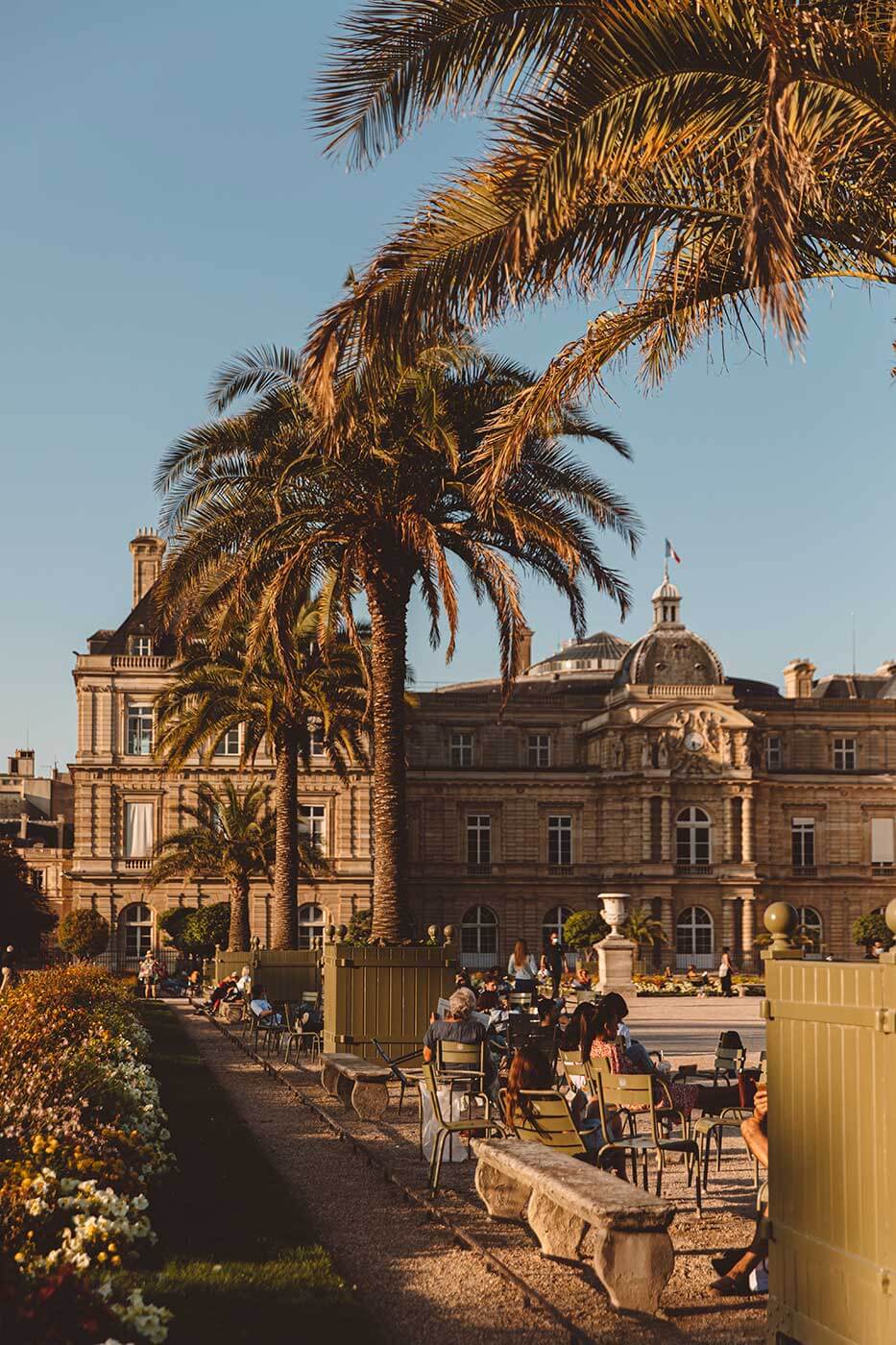 The historical district of Saint-Germain-des-Prés is one of the most lively and exciting in Paris. The streets abound with elegant boutiques, restaurants, wine bars, art galleries, and museums, leading to the Seine banks where sidewalk cafés, bookstores, and emblematic café terraces attract both literature lovers and gourmets alike. 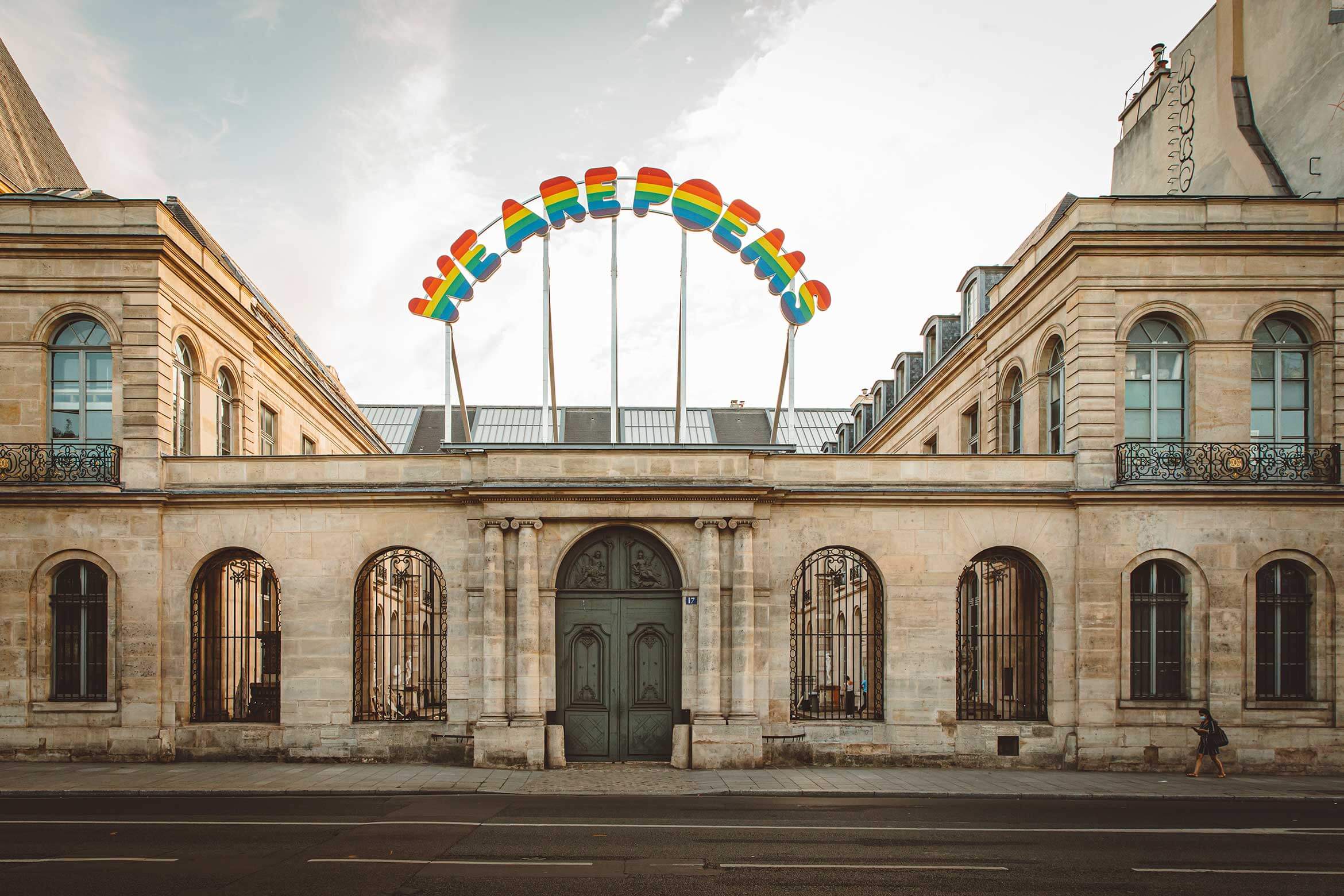 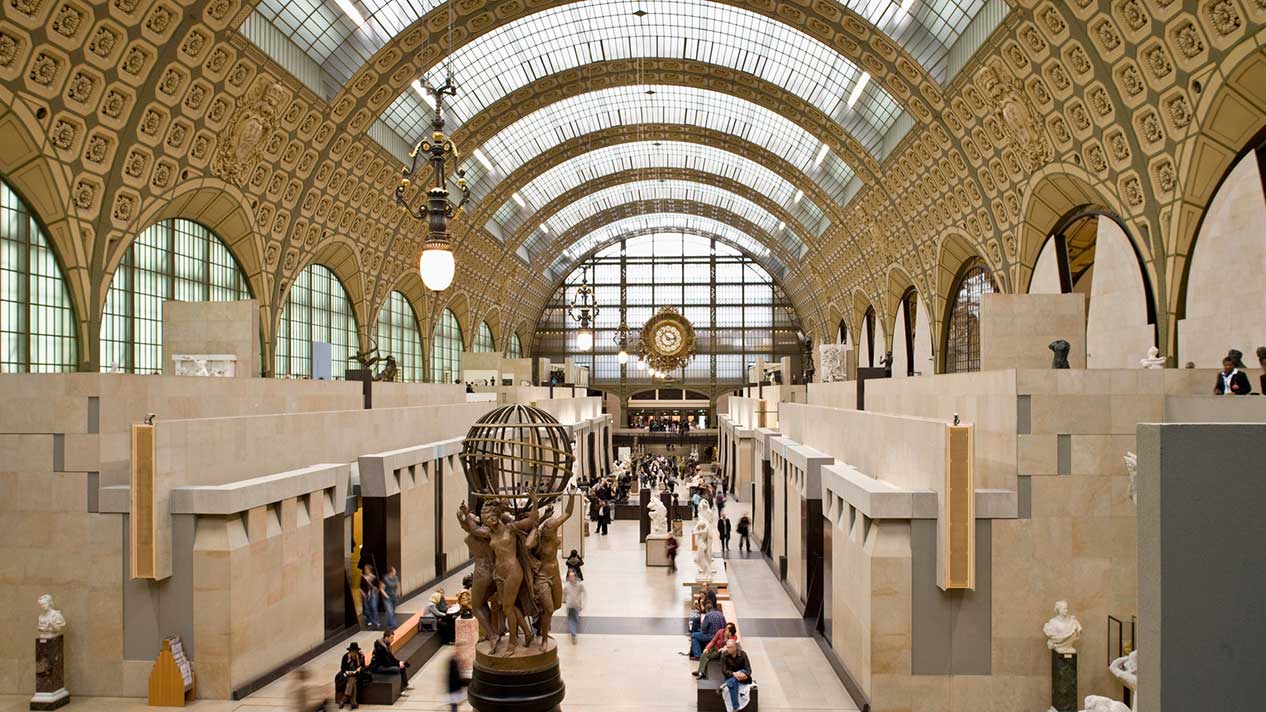 Located in the former Orsay train station, this national museum, inaugurated in 1986, presents Western art in its diversity: painting, sculpture, decorative arts, graphic art, photography, and architecture. Among the most famous works referenced: The Origin of the World by Gustave Courbet, the self-portrait by Vincent Van Gogh, The Gleaners by Jean-François Millet, and Lunch on the Grass by Edouard Manet. 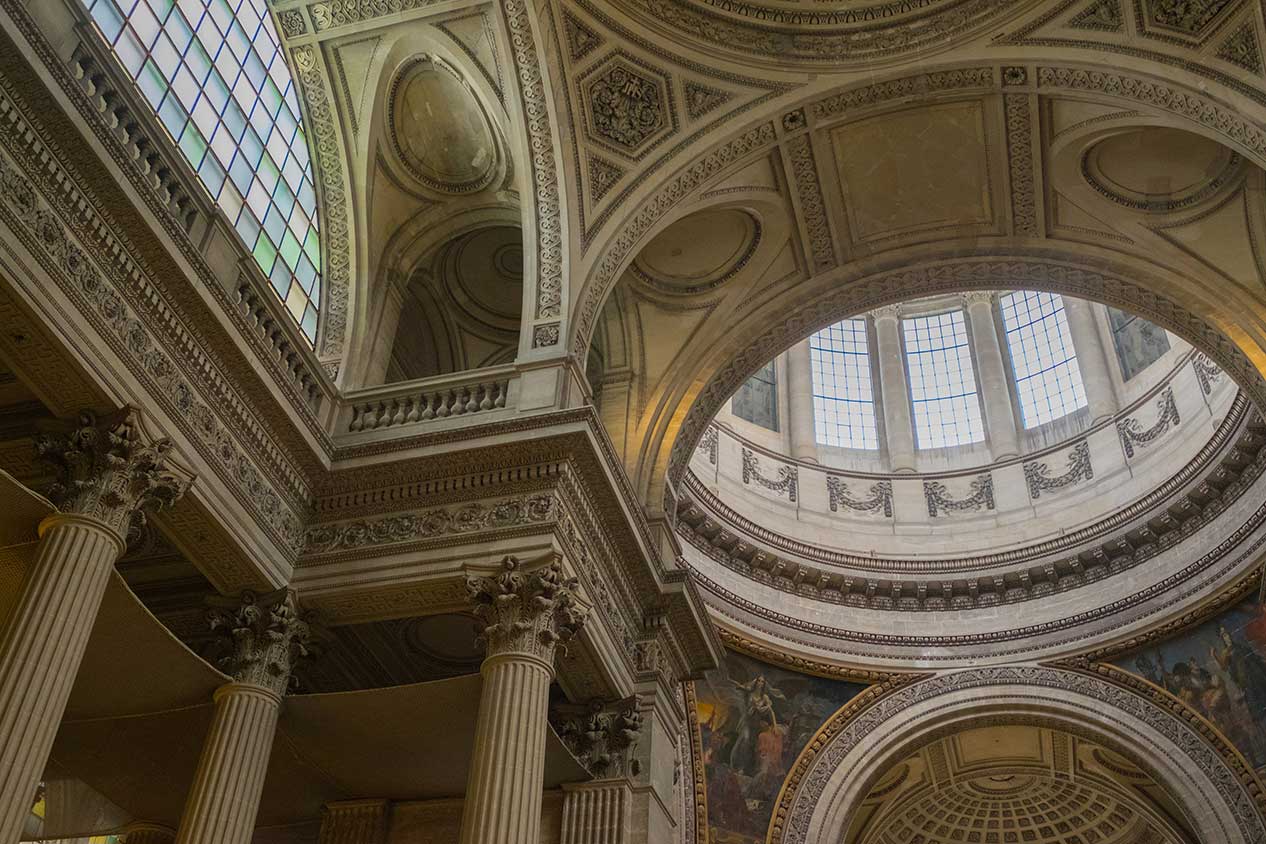 A stone's throw from the Luxembourg Gardens, in the heart of the Latin Quarter, the Pantheon overlooks the rue Soufflot, named after the architect of the Jacques-Germain Soufflot monument. Built at the end of the 18th century, this magnificent neoclassical building is one of the capital's architectural treasures. Since the French Revolution, this building has honored the greatest French architecture names, including Voltaire, Emile Zola, and Jean-Jaurès. 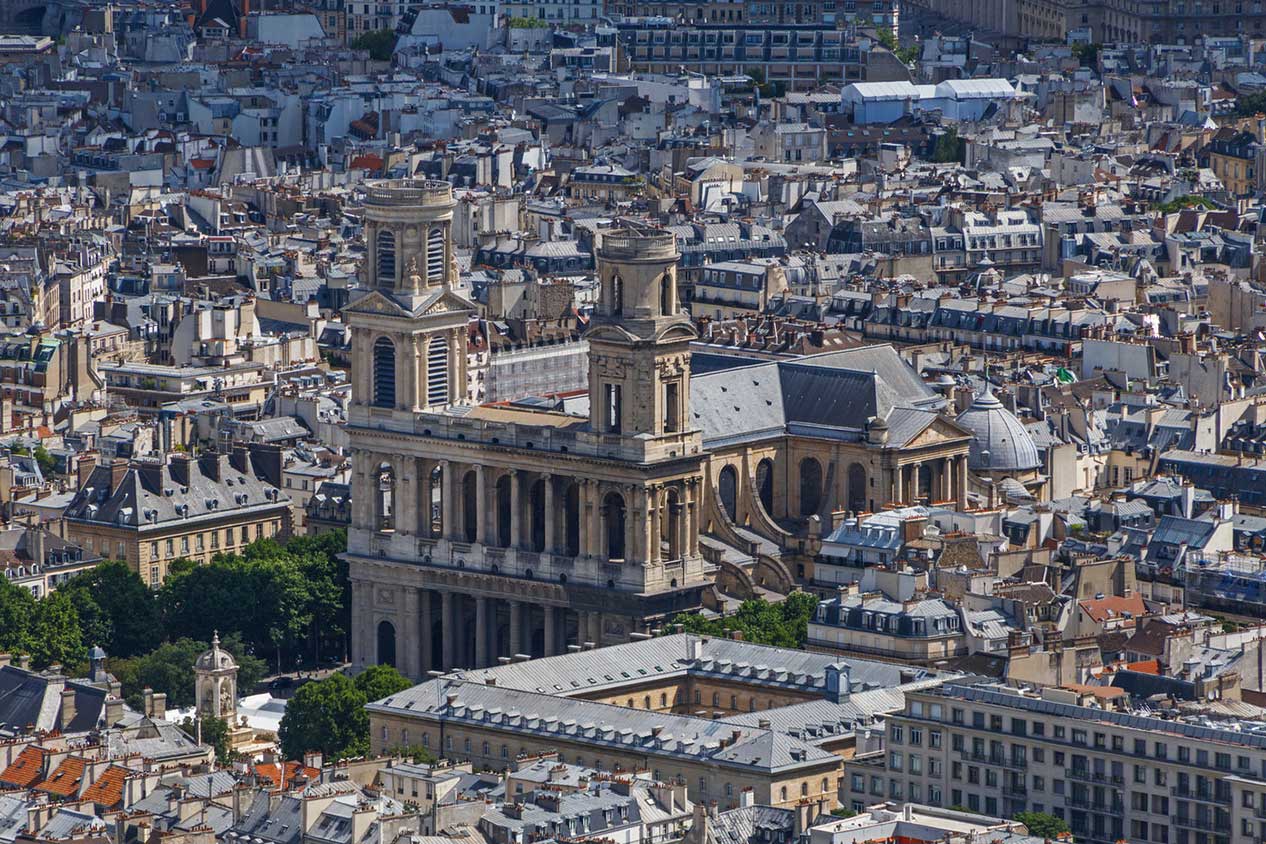 History buffs: just a few steps away from the Hôtel de l'Abbaye, the Saint-Sulpice Church is one of the largest religious buildings in Paris. Impressive by its height, it houses frescoes by the famous Delacroix. 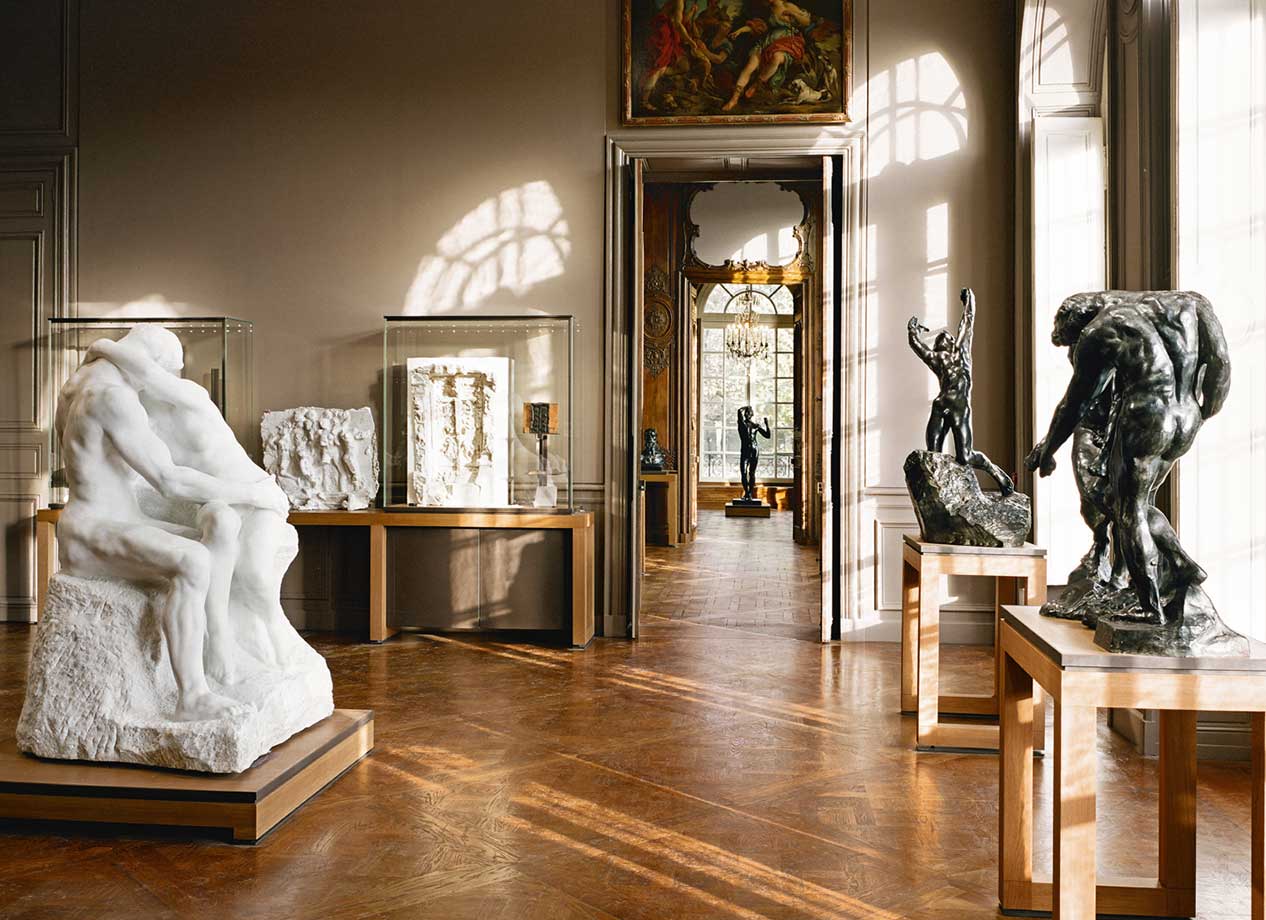 The gems of the artist and collector Auguste Rodin gathered in one place, which will delight art lovers. Sculptures, paintings, drawings and ceramics decorate the Biron Hotel, surrounded by sumptuous gardens. 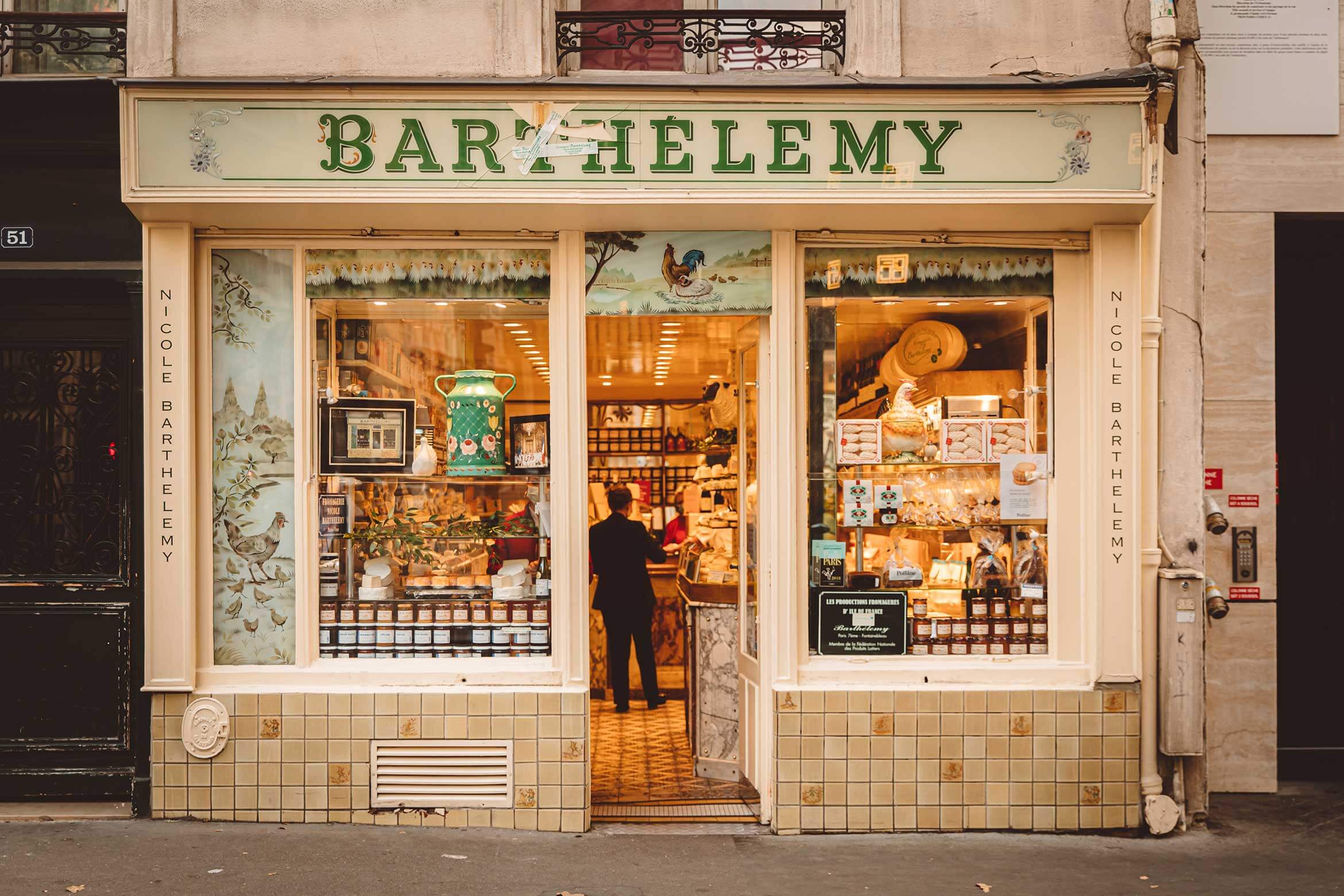 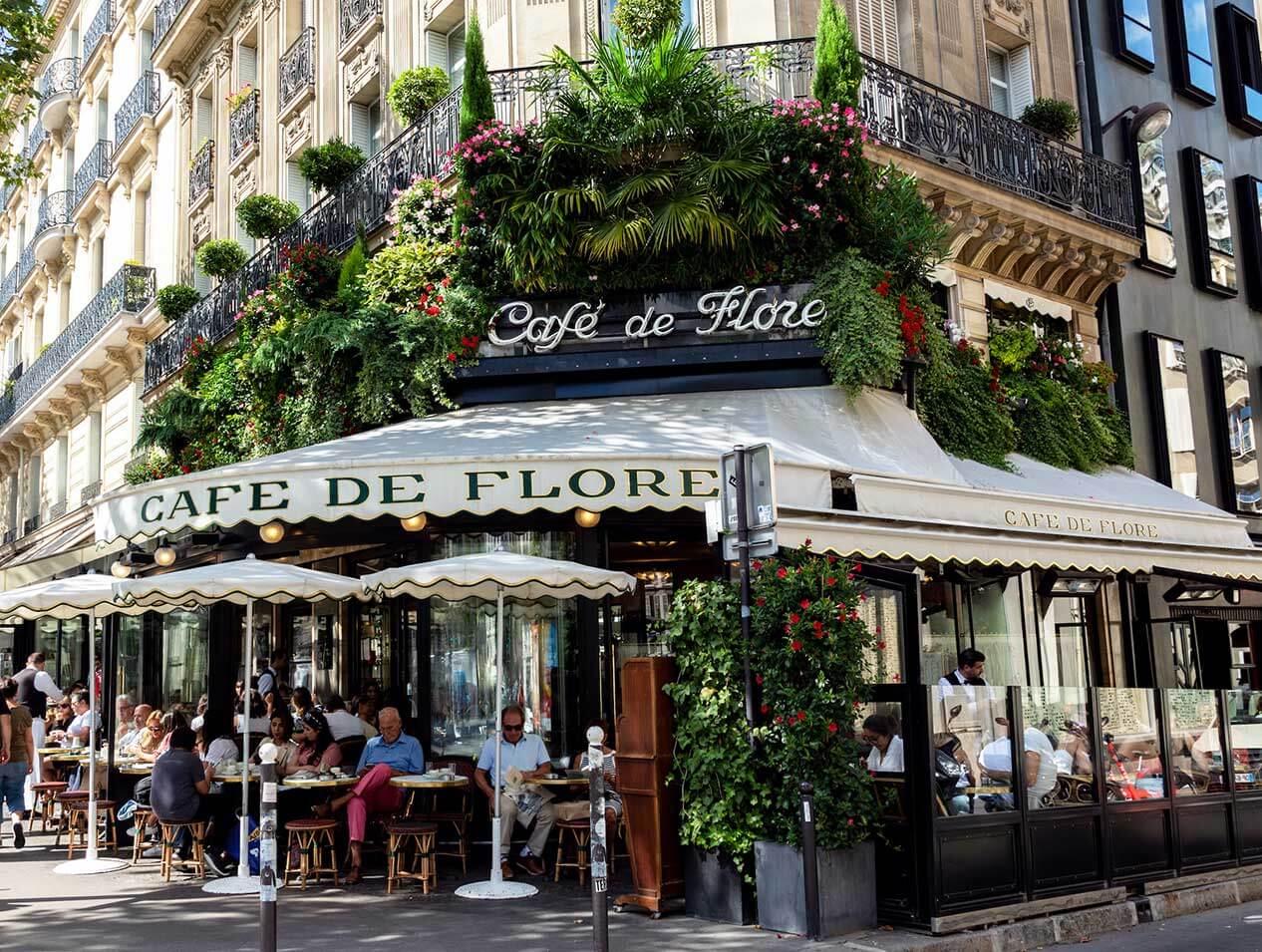 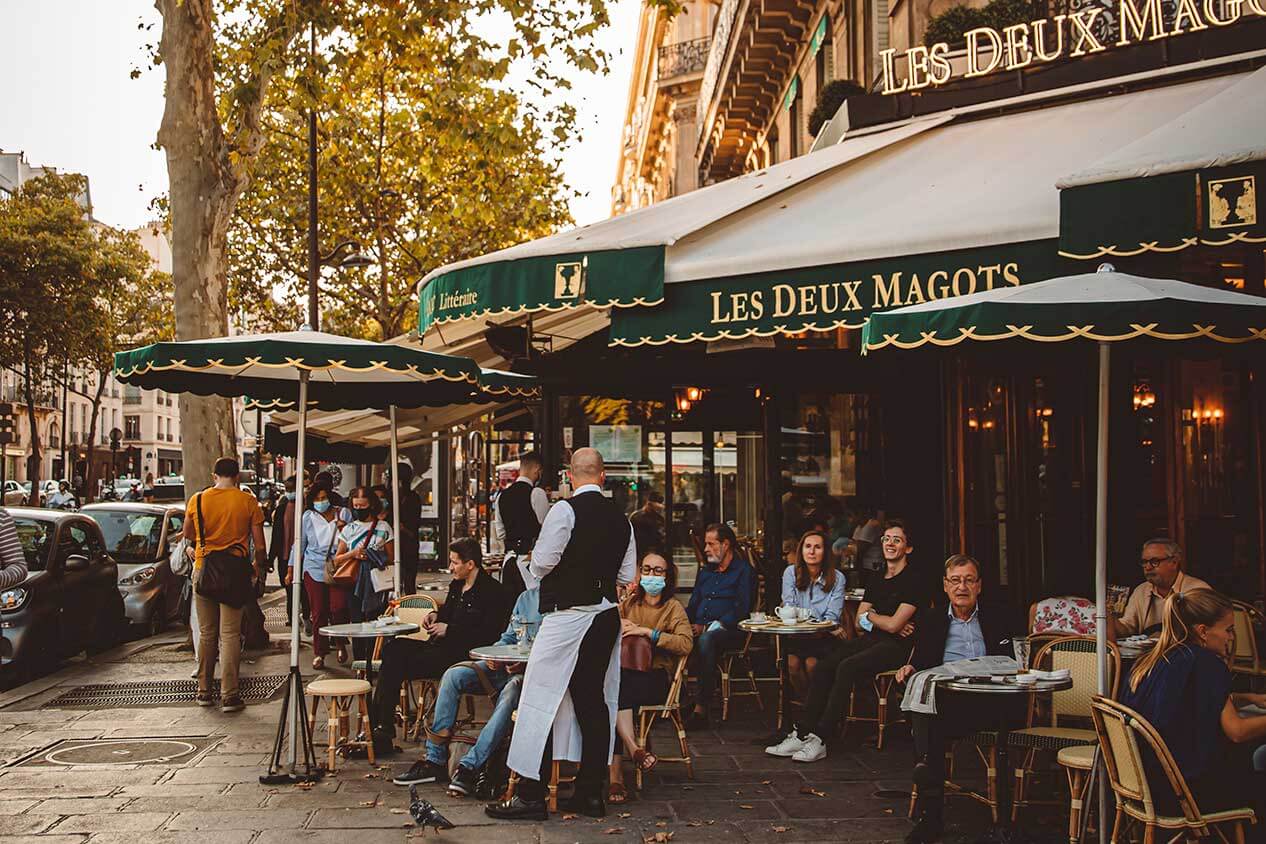 Born in 1812, Les Deux Magot is one of the most famous cafés in the capital. In the 19th century, when Saint-Germain-des-Prés became the refuge of the great minds of the time, many artists met at Les Deux Magots. Thus, it was not uncommon to see Verlaine, Rimbaud, or Mallarmé remaking the world at the terrace. 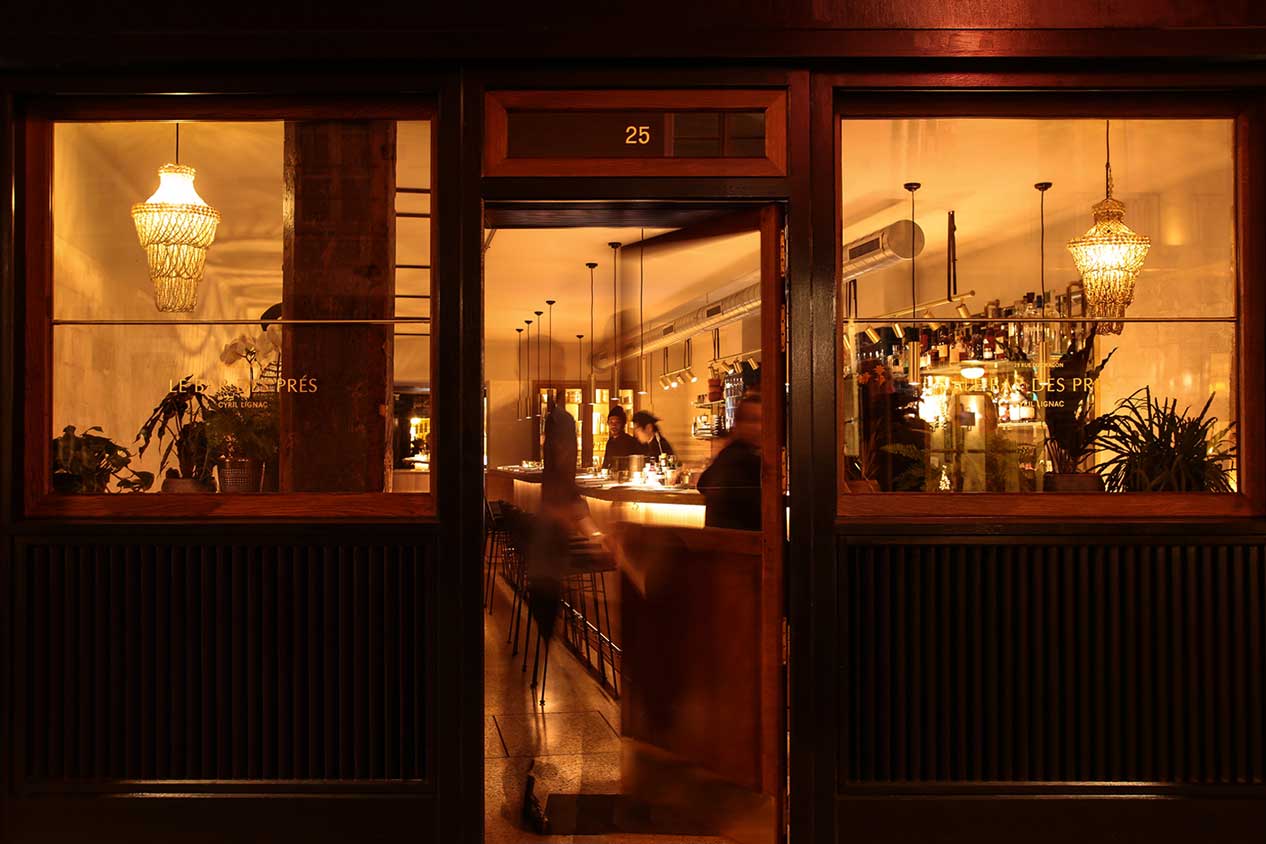 In a hushed and intimate atmosphere, the Bar des Prés, directed by chef Cyril Lignac, has Belle Epoque airs with its large marble bar. The chef takes us on a gustatory journey to Asia, with a Franco-Japanese fusion cuisine menu accompanied by delicious tailor-made cocktails. 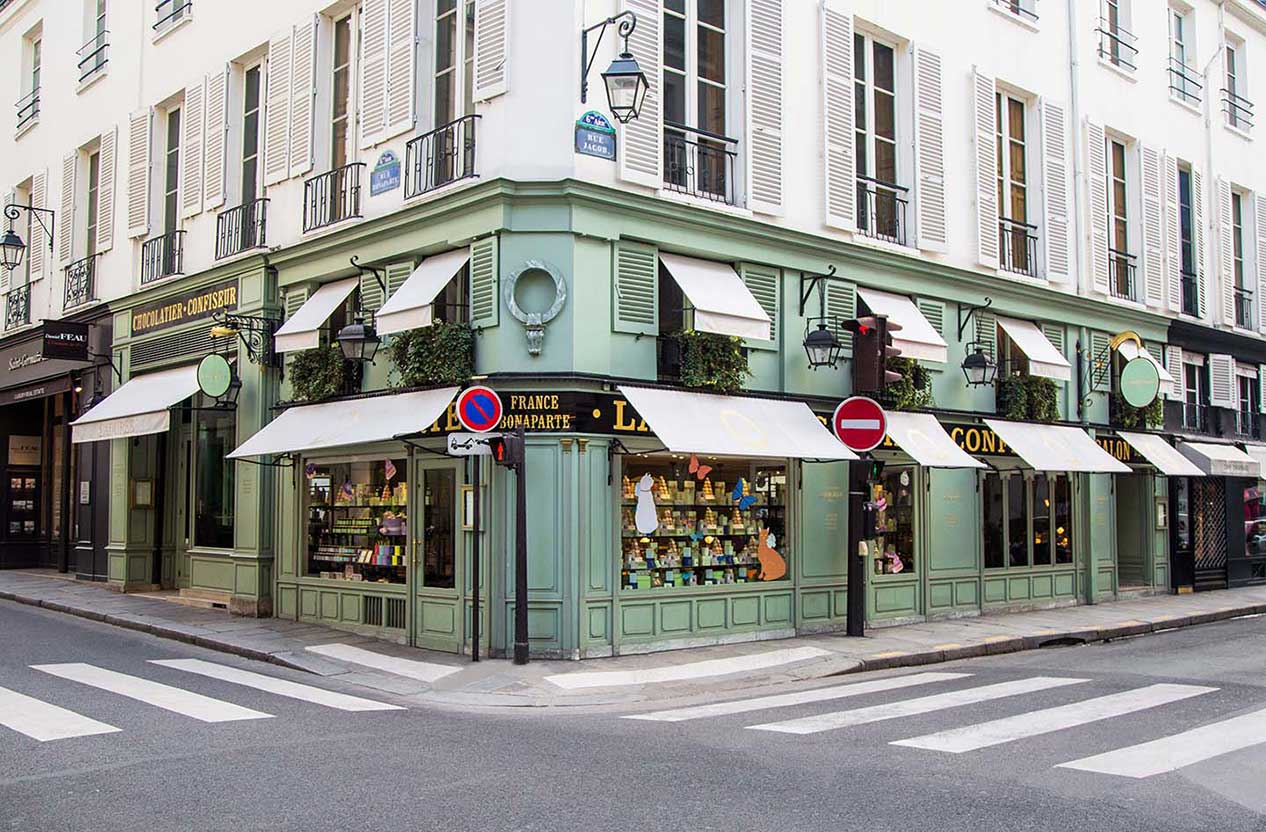 In 1862, the Maison Ladurée was founded and became one of Paris's most refined tea rooms. Now famous worldwide, Ladurée pastries, especially the irresistible macaroons, have become an essential part of any stay in Paris. 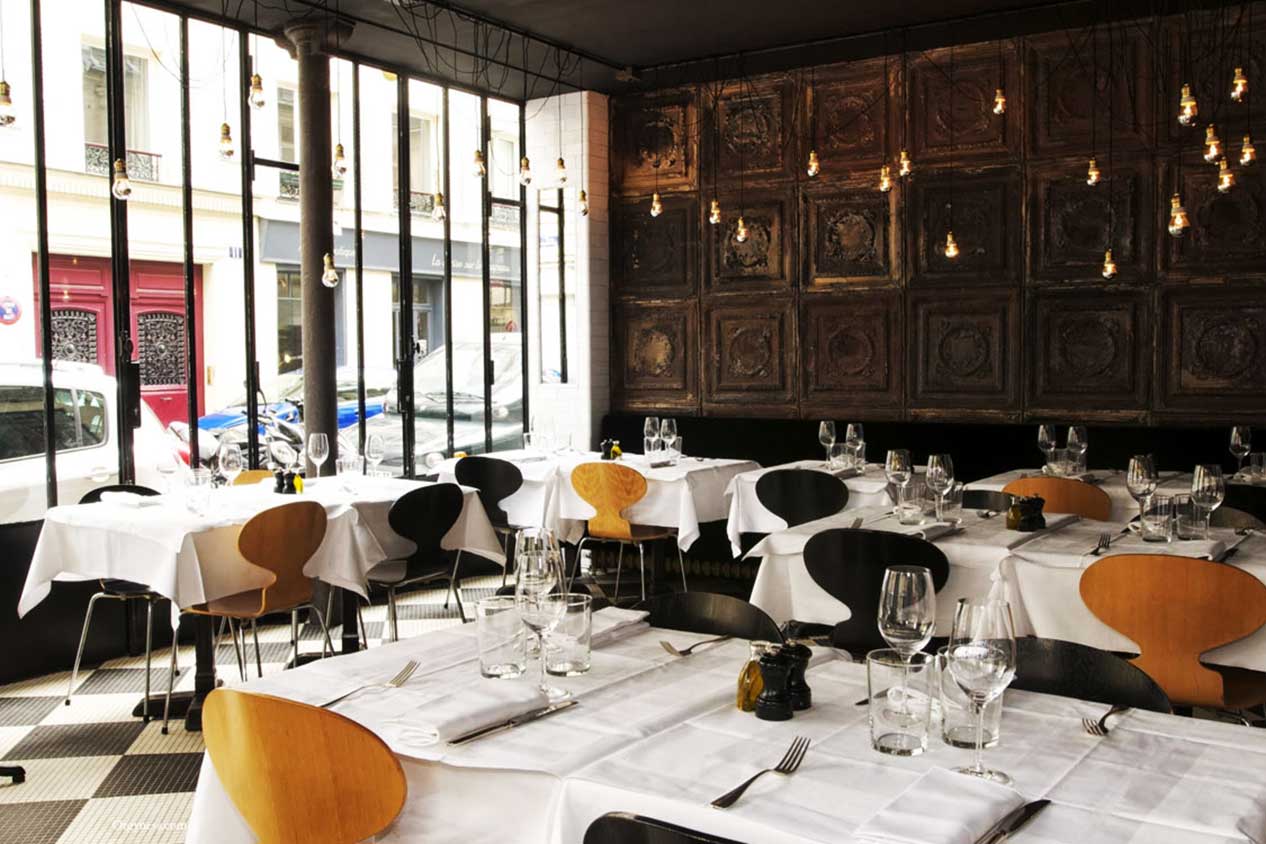 Located just a few meters from the Abbey Hotel, Pizza Chic is the meeting place for Italian specialties lovers. Here, generous gourmet plates are served on beautiful white tablecloths in an unpretentious and friendly atmosphere. 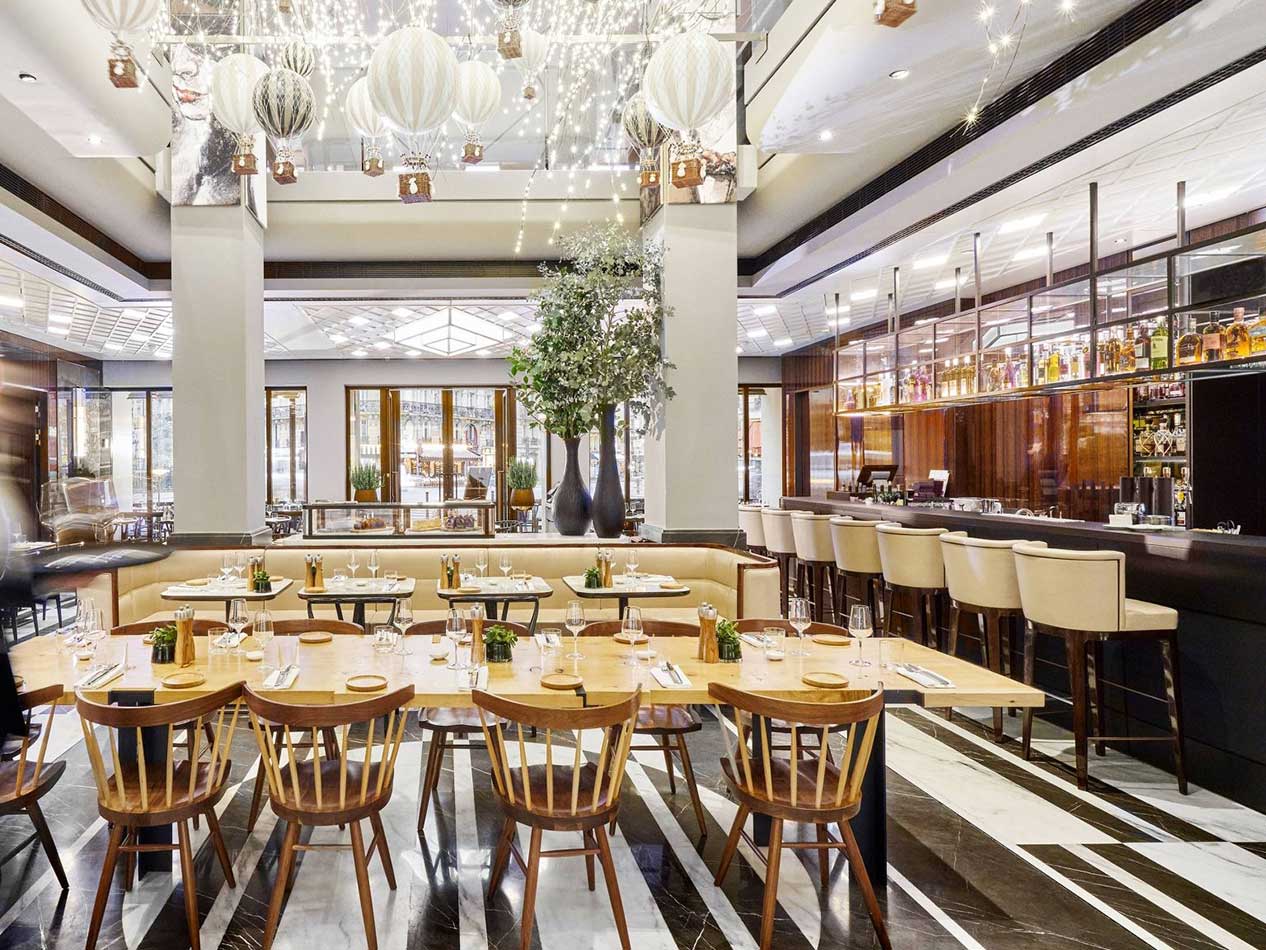 In the only Palace on the Left Bank, the chic and relaxed brasserie offers a simple and refined French menu, with beautiful seafood and fresh fish platters, signed by chef Patrick Charvet. 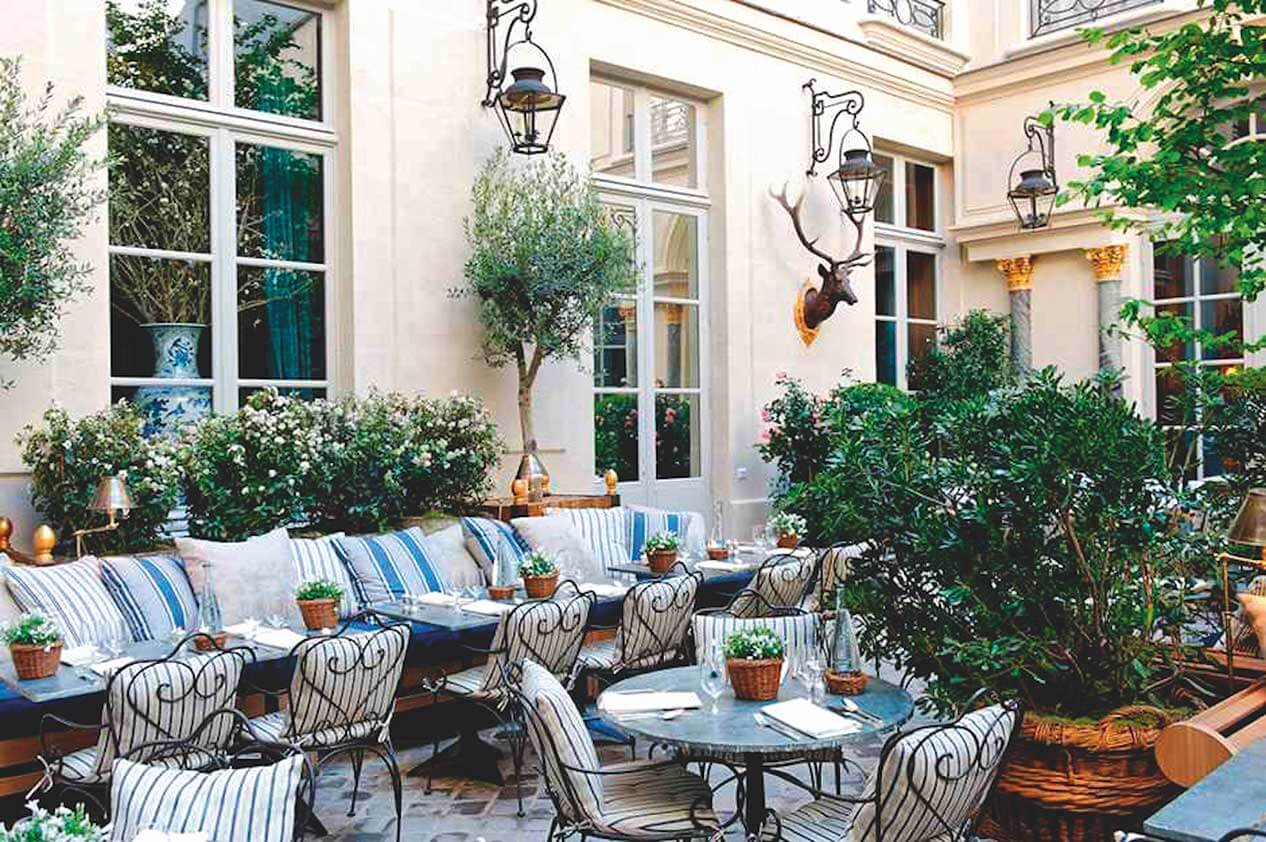 Housed in a former private mansion, the restaurant of the famous Ralph Lauren brand serves great classics of American cuisine. Caesar salad, Cheeseburger, Cheesecake... to be enjoyed in a pretty flowered courtyard with the atmosphere of an Italian patio. 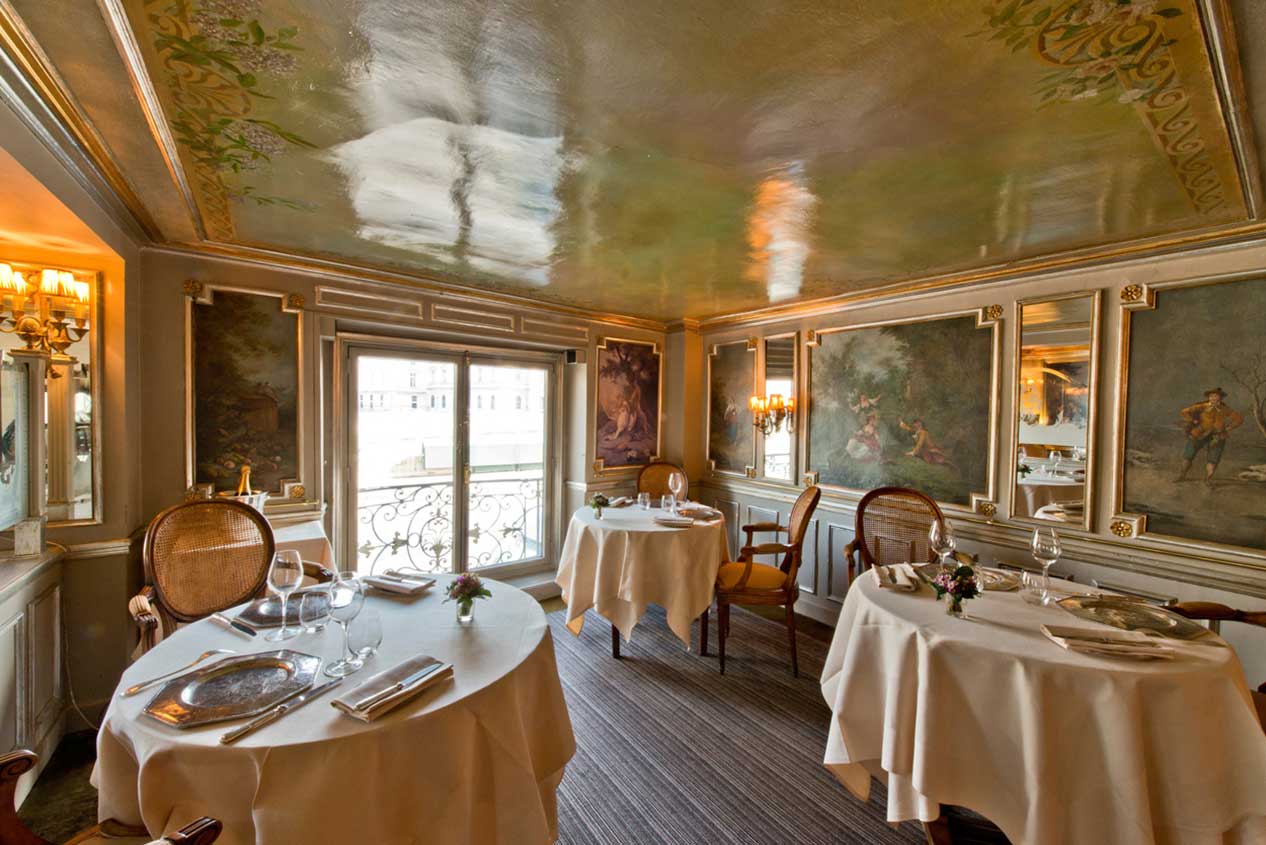 A mythical restaurant on the Left Bank since 1766, Lapérouse was given a facelift in 2018 with a menu signed by the duo Jean-Pierre Vigato and Christophe Michalak. Once frequented by intellectuals and politicians (including Colette and Victor Hugo), the small private rooms promise a warm and intimate atmosphere. 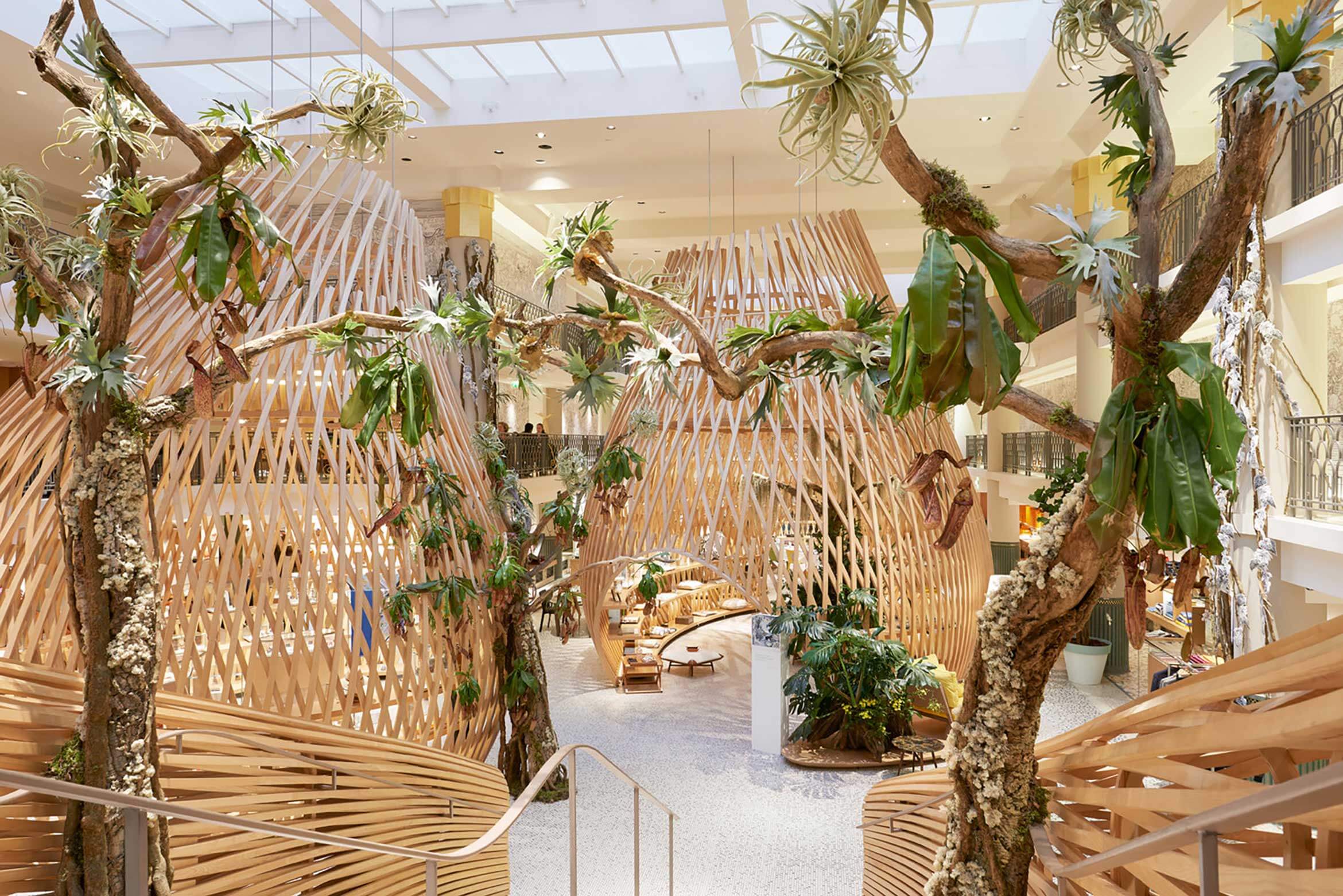 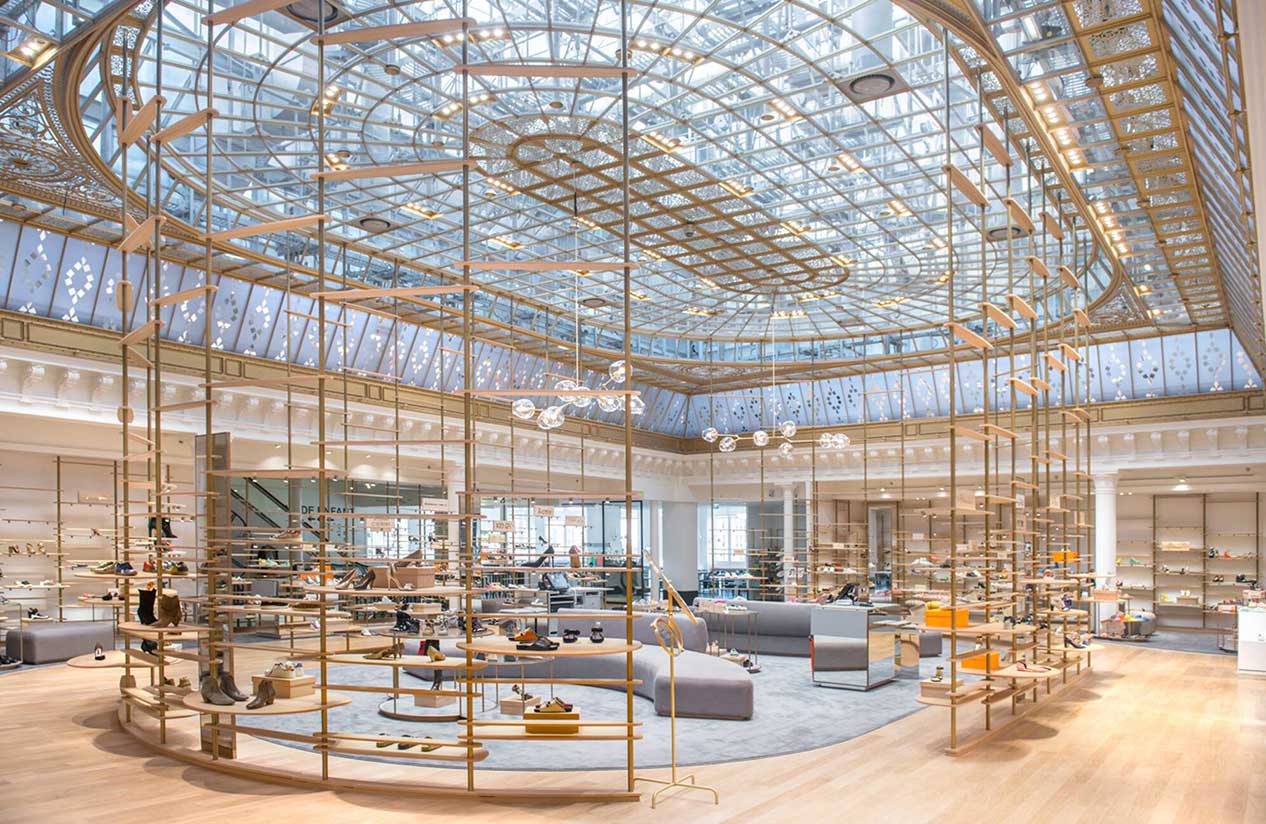 Founded in 1852, Le Bon Marché is one of the first historic department stores in Paris. Located on the border of the 6th and 7th arrondissements, it perfectly reflects the Left Bank spirit through a high-end offer in ready-to-wear, home decoration and cosmetics. La Grande Épicerie, a sister store to Le Bon Marché, offers the finest food in the capital. 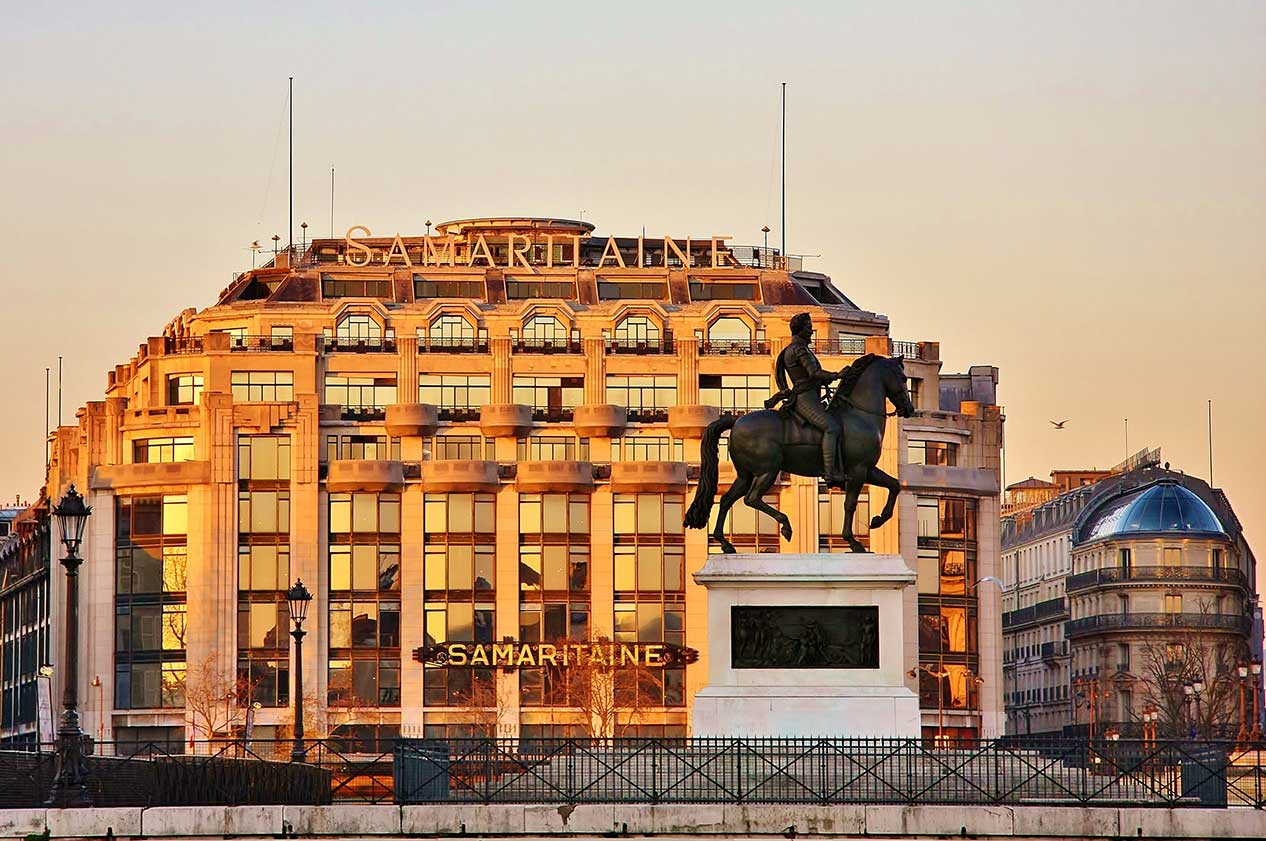 The most emblematic of the Parisian department stores, located between Rue de Rivoli and Pont Neuf, closed its doors in 2005 for renovation work. Passed into the LVMH Group's hands, the future Samaritaine will host a vast shopping space with more than 600 brands, a 200 square meter concept store, and several restaurants. 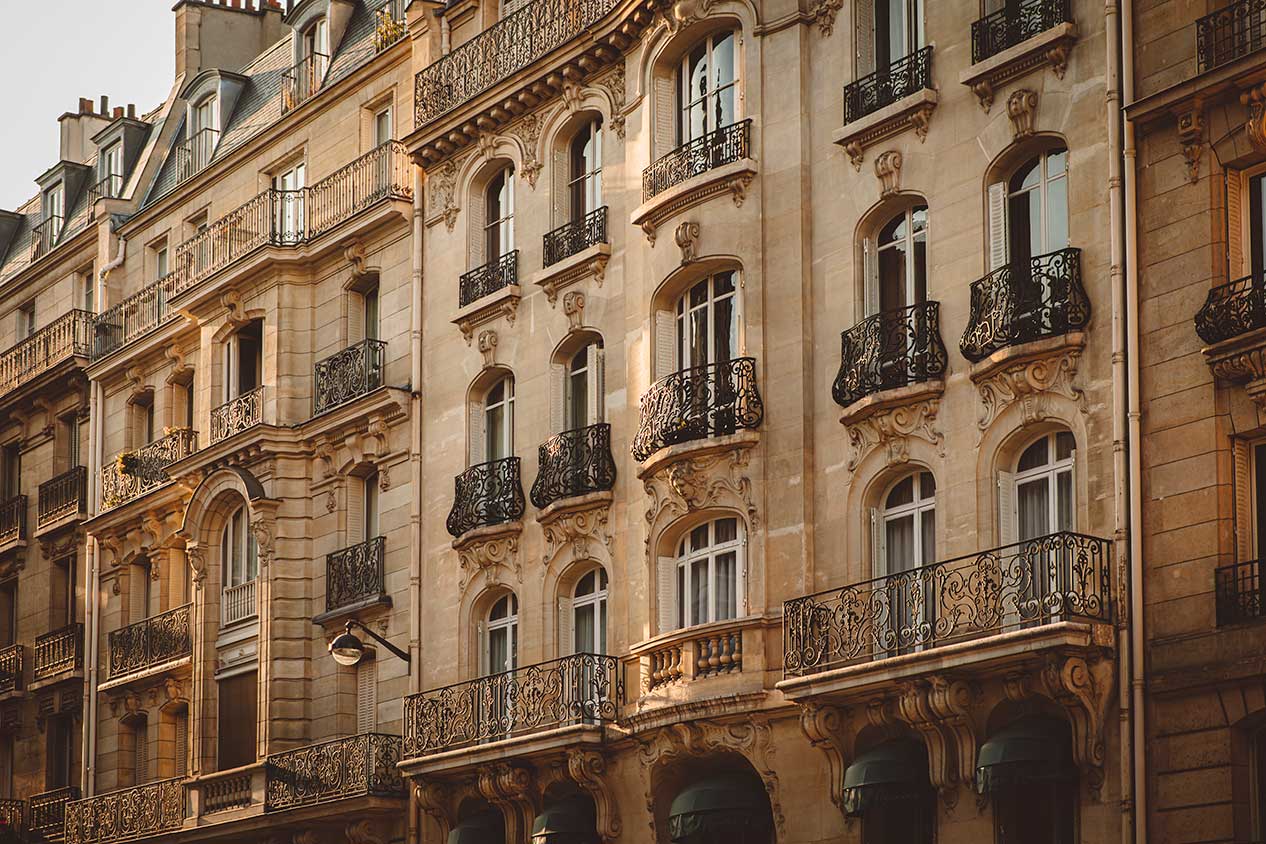 Crossing the 6th and 15th districts, passing through the 7th, the rue de Sèvres is a must for shopping addicts looking for the most beautiful Paris stores. The Hermès boutique, in particular, is a lovely luxury concept store, freshly renovated. 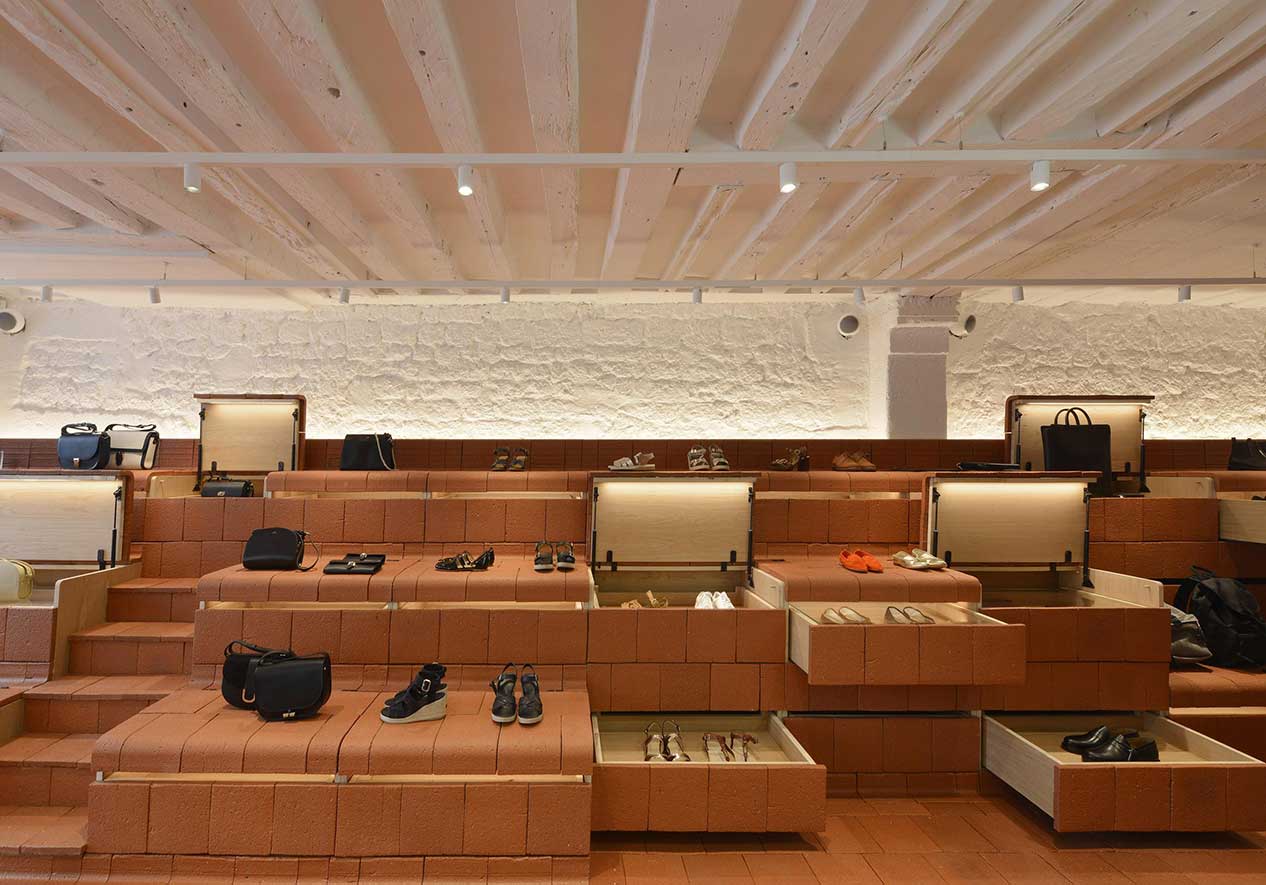 The French brand APC, whose production workshops are adjacent to Hôtel de l'Abbaye, embodies the Parisian style by excellence. The ultra-simple cuts, timeless design, and environmentally friendly materials have made the ready-to-wear brand of designer Jean Touitou a must-have. 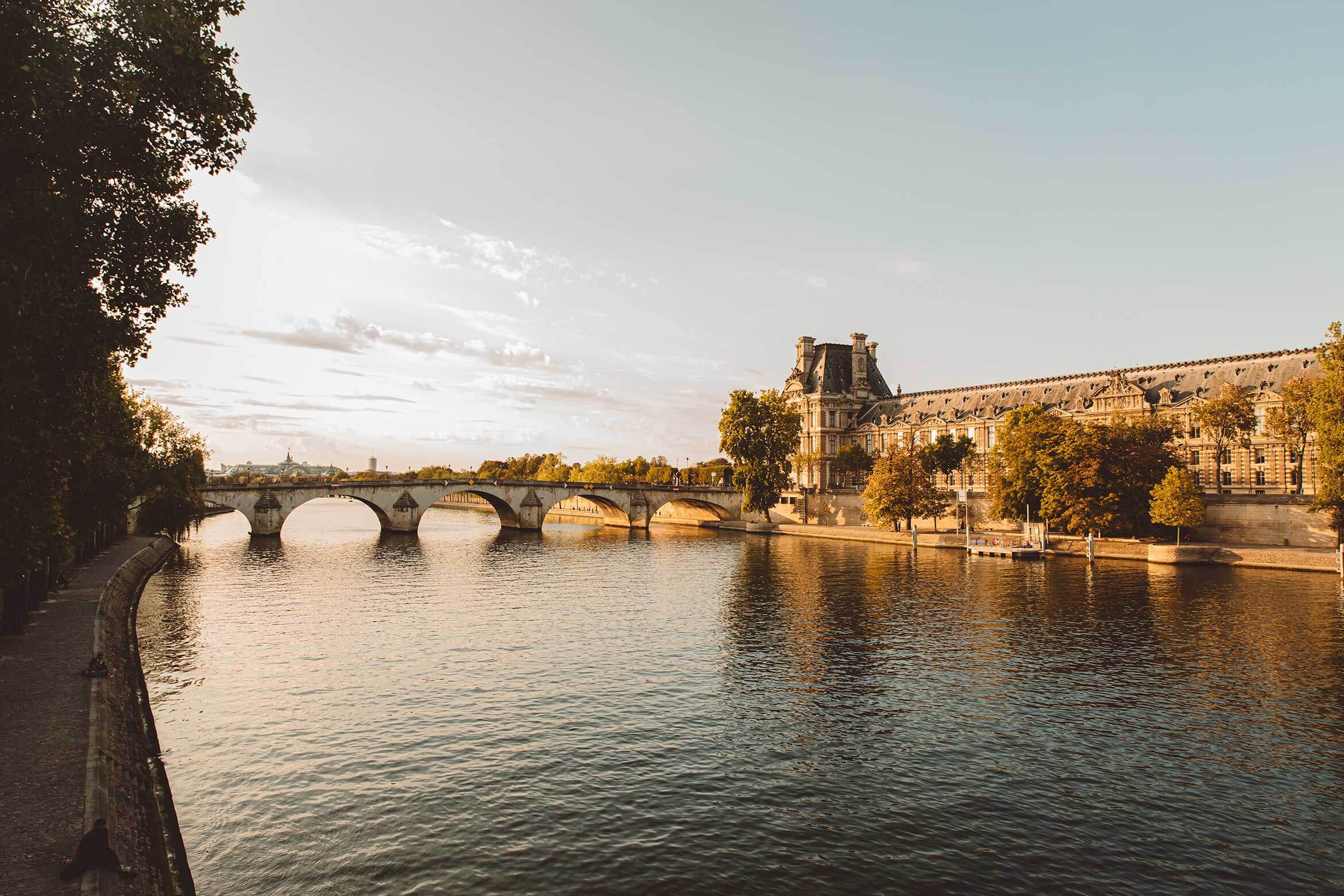 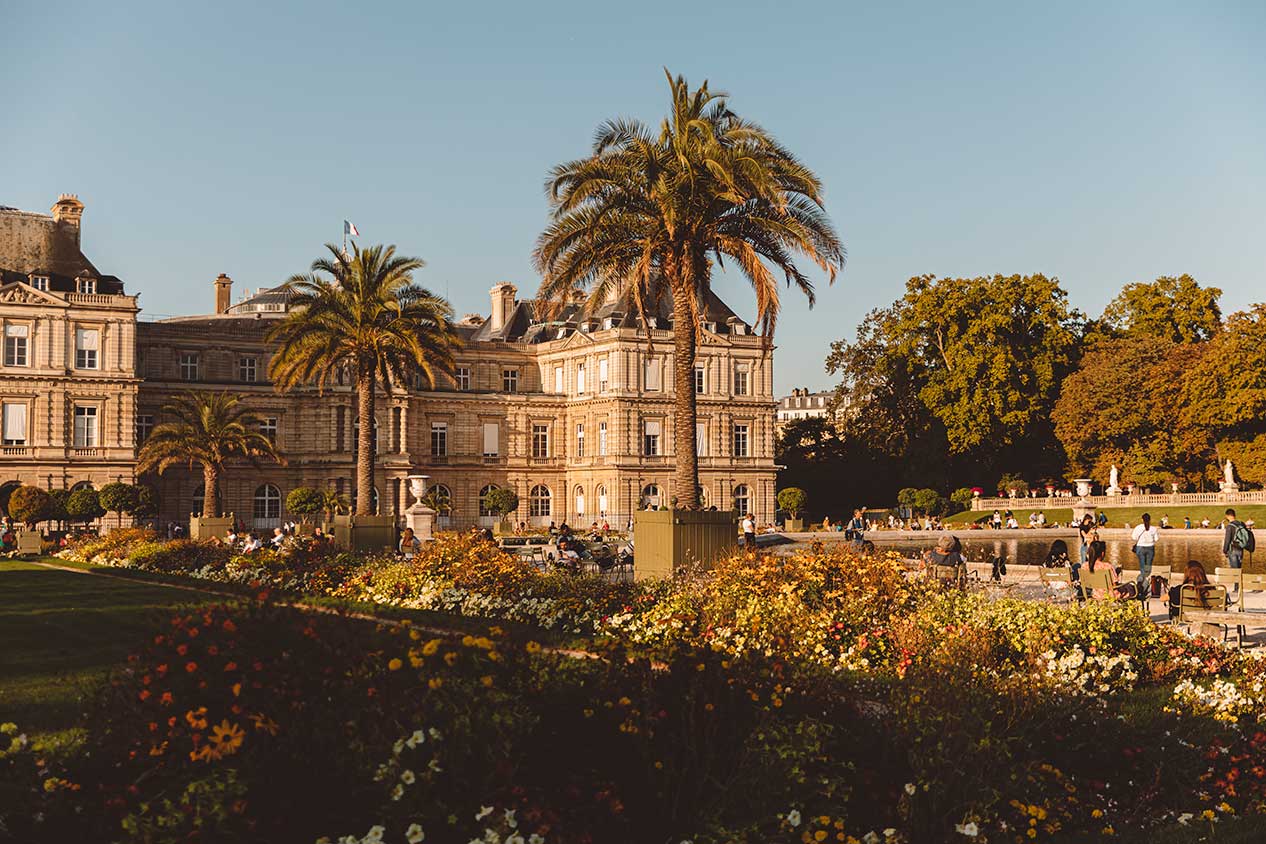 A green setting in the city's heart, the Luxembourg Gardens is one of the must-see strolls in Paris. The deckchairs invite you to lie down near the large basin, admiring the magnificent Senate palace overlooking the garden. 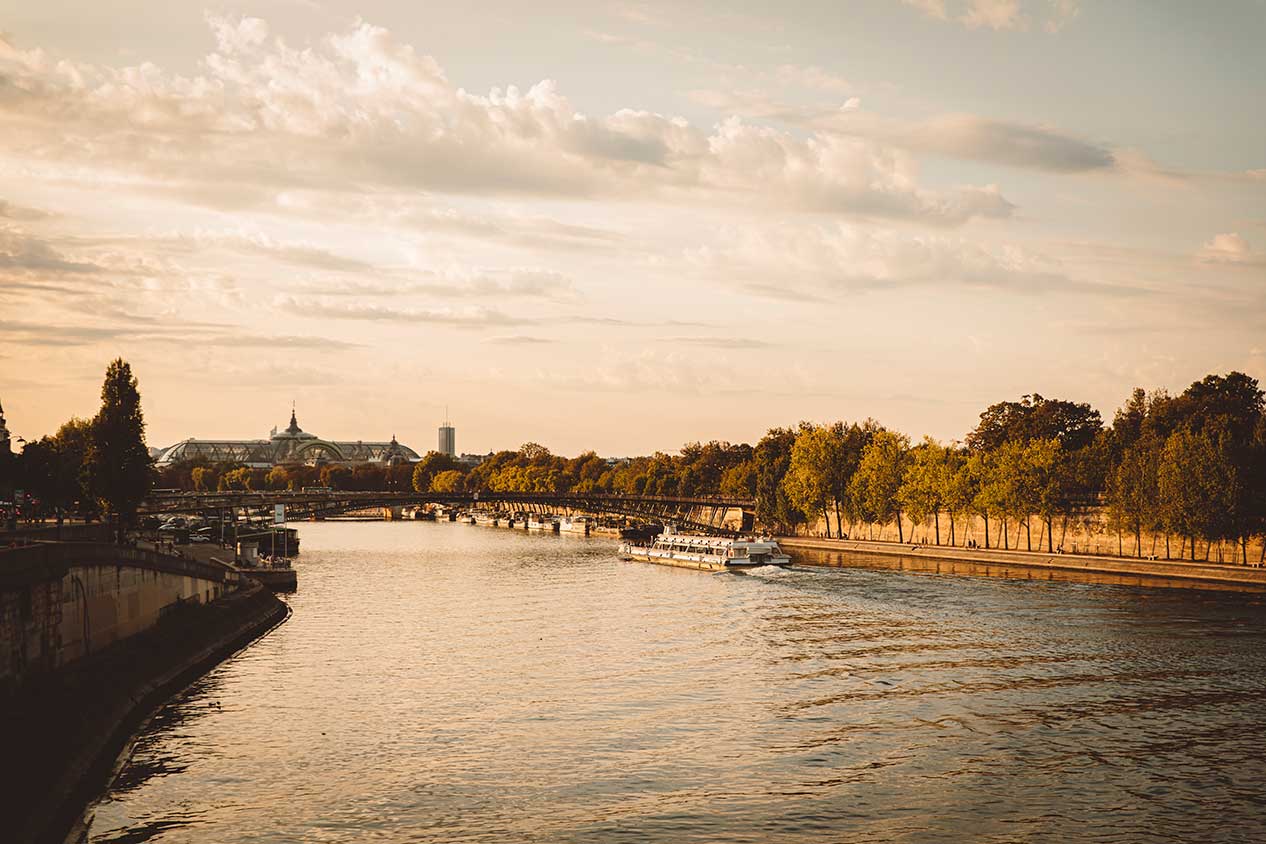 Quays of the Seine

Bordered by booksellers and street artists, the Seine quays cross the capital and distinguish the right bank from the left bank. As you walk along, you can admire the breathtaking view of Paris's most beautiful monuments: the Louvre, Notre Dame, and the Alexandre III Bridge. 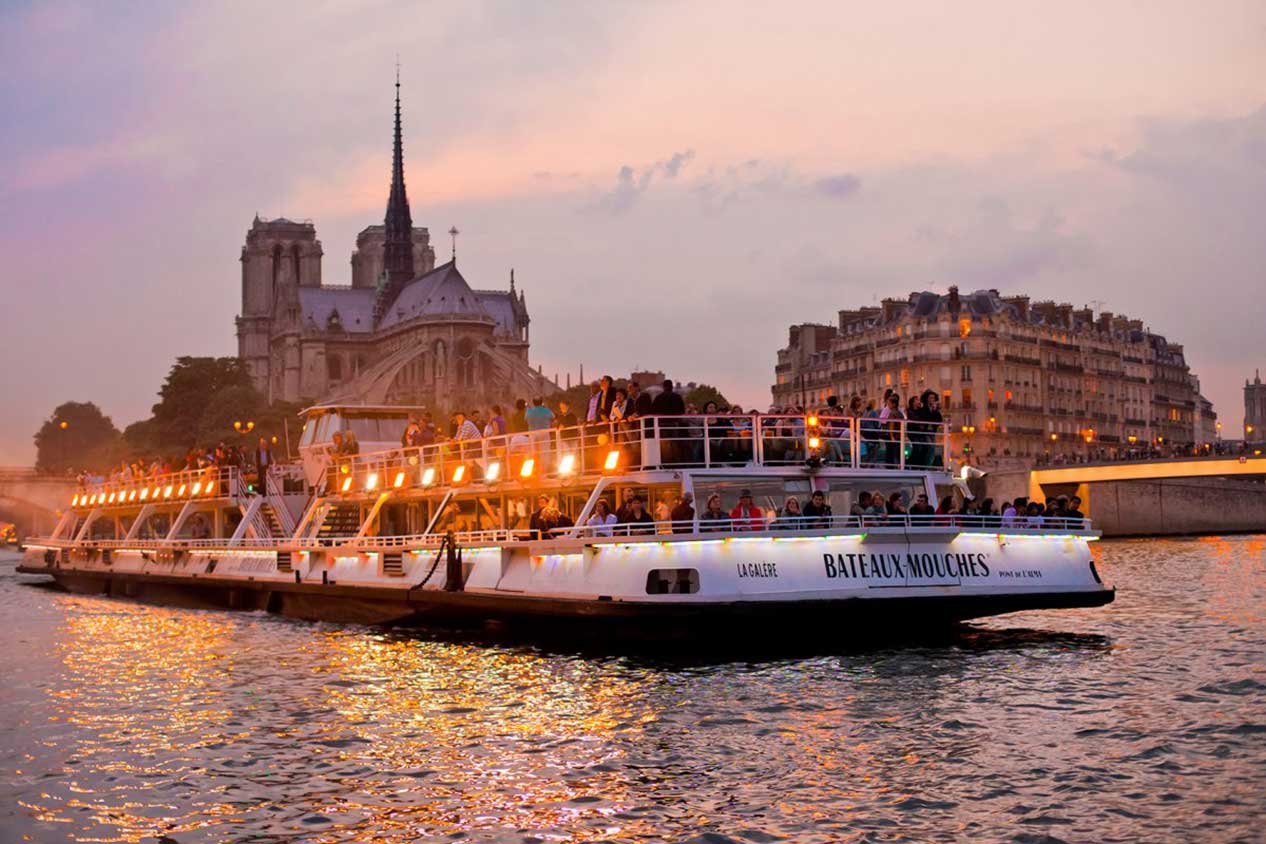 These cruise boats allow you to contemplate Paris from its most beautiful avenue, the Seine. During a crossing, you can share a good meal while enjoying the breathtaking view of the monuments along the quays.